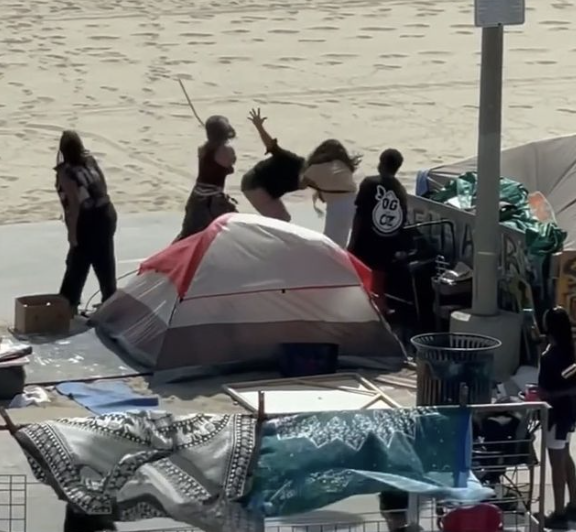 The homeless crisis in California is at an all time high. And that’s saying something.

There are currently 108,000 homeless people in Los Angeles, one of the most liberal cities in the United States. The number continues to climb.

Many neighborhoods in California are now completely overrun with homeless people that have travelled to live there. Tax payers are not happy.

“They make it really easy for people to be homeless.”

In Los Angeles, homeless people are gifted with free showers, food, and clothing. There is little attempt to get them off the streets. It has become an enticing location for them.

California used to be known for its sunshine and beautiful beaches, like this picture below.

But now, it’s a sight out of a zombie movie.