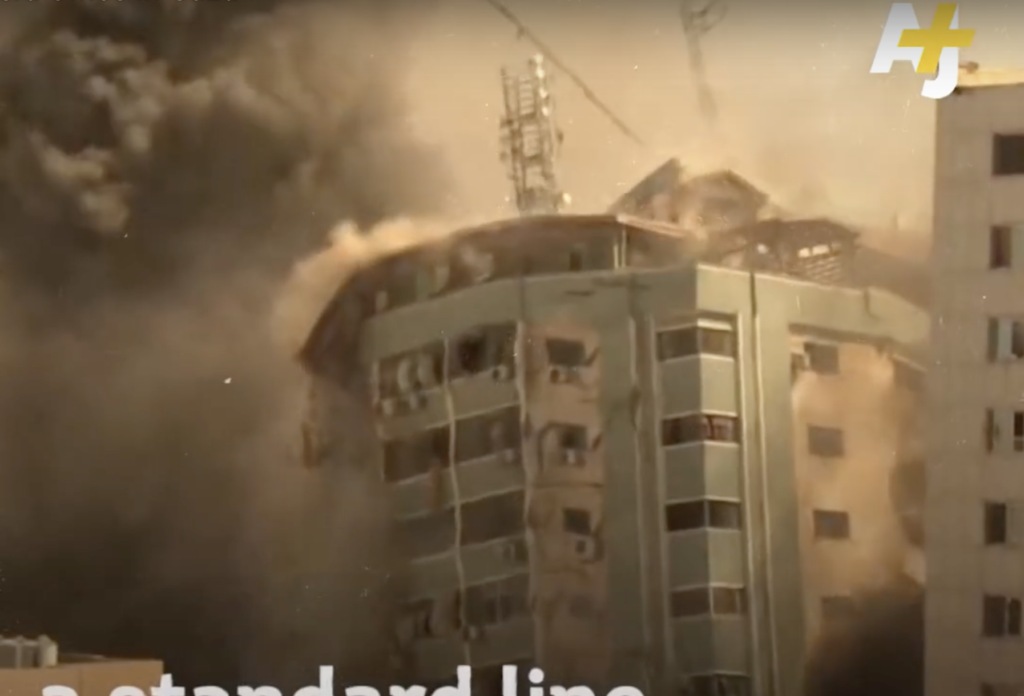 The corrupt liberal media won’t be reporting on this one.

Reports from Gaza have surfaced about a press building that housed both Associated Press (AP) and Al Jazeera journalists. The journalists at this free press media were reporting things about Israel/Palestine conflict that certain individuals didn’t want us to know.

Biden did not attempt to prevent the bombing of the building — even though American reporters also used the building.

People in the Associated Press (AP) / Al Jazeera offices were given an hour to evacuate. If they didn’t make it out in time, the US-backed missiles coming from an Israeli airstrike would blow up the building with them still inside.

Are you wondering if the liberals are missing Trump’s Peace Deal with Israel and Palestine? We are too.