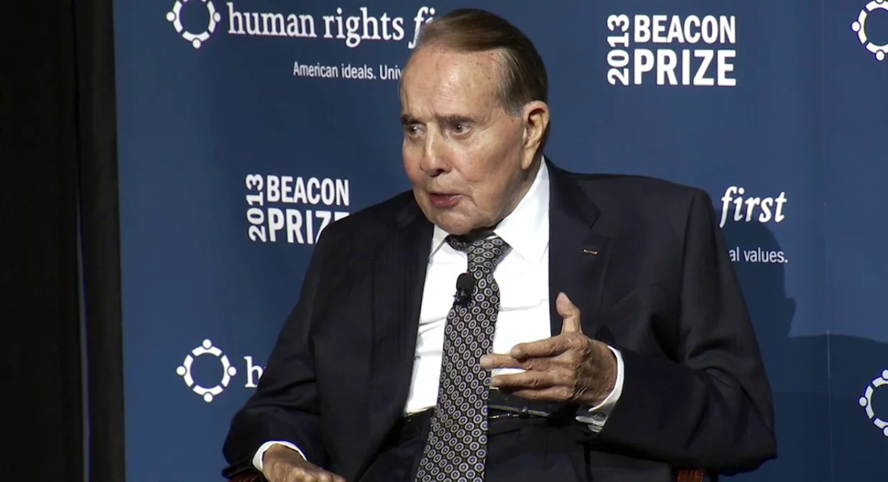 Former Republican presidential nominee Bob Dole praised President Donald Trump’s handling of the U.S. military on Wednesday during a Veterans Day event.
“Our president, by doing what he did in the military areas, has assured us we’re going to be the strongest country militarily for years and years, and that’s going to be a big factor in determining what happens around the world,” the former Senate majority leader said during a National Press Club Newsmakers event.
“We far exceed Russia or China or anyone else as far as military preparedness is concerned. I think we’re ready if anything should happen,” he added.
Dole, who ran for president against President Bill Clinton in 1996, described America’s future as “bright,” but said there are some people living in the U.S. who “don’t care for our country.”
“We have the strongest military, as I’ve said, in the world so we’re ready for the future as far as military preparedness, but we have to remain strong in the civil area too,” he said. “We have to look to our country and there are some people in America who really don’t care for our country, in my view, and they ought to leave. I’d be happy to give them a passport or whatever.”
During the discussion, Dole referred himself as a “sad Republican” due to the presidential election results.
“Today I’m kind of a sad Republican but…” KEEP READING