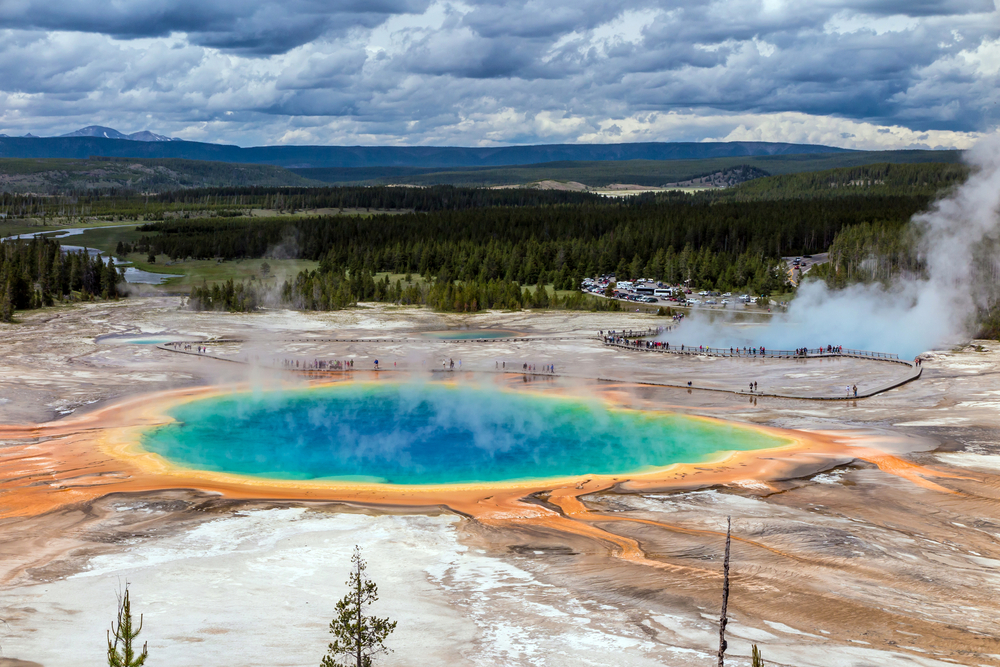 A man has been banned from Yellowstone for two years after getting caught attempting to cook chickens in one of the park’s famed hot springs.
A park ranger in early August reportedly discovered a large group attempting to boil two chickens in a burlap sack in a thermal spring. Park visitors are banned from leaving walkways and venturing to the park’s fragile and potentially dangerous thermal pools.
Three men associated with the group were cited for unlawful travel into the restricted areas. One man was sentenced to several fines and two years of probation, during which he will not be allowed to return to Yellowstone.
KEEP READING