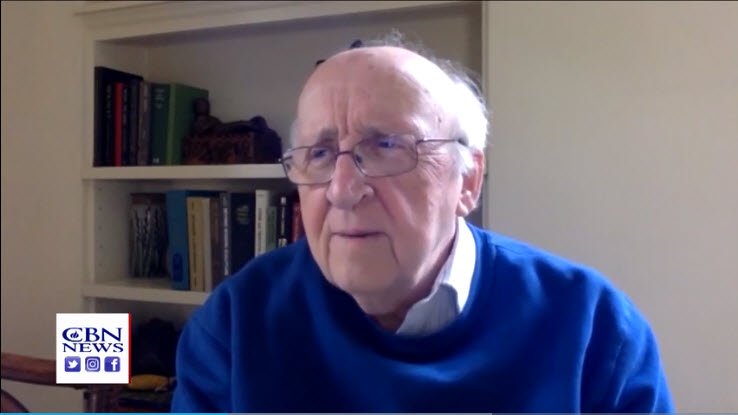 Last year, a small but ardent group of evangelicals decided they were going to oppose President Trump’s re-election. So they formed the Pro Life Evangelicals for Biden group that included Billy Graham’s granddaughter. Together, they would support and vote for Joe Biden.

Now, less than two months into Biden’s term in office, the PLEFBs are feeling “used and betrayed.”

They let their feelings be known this week by releasing a letter expressing their disapproval of the coronavirus relief package not including the Hyde Amendment.

“We are very disappointed about the COVID-19 relief package’s exclusion of the Hyde Amendment, a longstanding bipartisan policy that prevents taxpayer funding for abortion,” the letter states. “We’re even more upset that the Biden administration is supporting this bill.”

What the Hyde Amendment does is block federal money from being utilized to perform abortions, with some exceptions.

The reason why these pro life evangelicals now have buyers remorse has to do with the fact the Biden administration is not engaging with them as they promised they would back before November 3rd.

As pro-life leaders in the evangelical community, we publicly supported President Biden’s candidacy with the understanding that there would be engagement [with] us on the issue of abortion and particularly the Hyde Amendment. The Biden team wanted to talk to us during the campaign to gain our support, and we gave it on the condition there would be active dialogue and common ground solutions on the issue of abortion. There has been no dialogue since the campaign.

We feel used and betrayed and have no intention of simply watching these kinds of efforts happen from the sidelines. We call on President Biden to honor his commitment to us and immediately demand that the House of Representatives apply the Hyde language to the American Relief Package.

The Pro-Life Evangelicals for Biden coalition is calling on President Biden to demand the House add the Hyde Amendment to the American Relief Package before the bill is voted on this week.

“If this is not done it will raise the question of whether or not we are still welcome in the Democratic Party,” the group said in their statement.

Did these folks really expect the Democrats to keep their word? What made them think Biden would suddenly get serious about his Catholic faith and advocate for reducing the number of abortions?

Dr. Richard Mouw, President Emeritus at Fuller Theological Seminary, says the group was shocked when they learned the Hyde Amendment would be removed from the Senate’s American Relief Package.

They expect the Hyde Amendment to be put in the relief package. “If this is not done it will raise the question of whether or not we are still welcome in the Democratic Party,” the group said in their statement.

It’s laughable how this group put so much trust in a Party not known for its integrity. Biden talked unity, but has so far reneged on his promise to bring people together.

Former Attorney for Donald Trump said it best when it comes to the Pro Life Evangelicals for Biden: