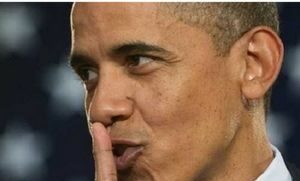 Am I the only one who wonders how nearly overnight, our countries gravest official threat, went from Muslim radicals, to so called white supremacists’/Trump Supports?

Why has there never been a hint of criticism (from fake news sources), suggesting BLM might be domestic terrorists? I know for sure I am not the only person who has seen the incredible violence they have waged in our cities.

We know that Trump Supporters have been often called white supremacists’. But who makes this all official? Who gives teeth to these assertions? Sadly, the agency responsible for investigating, (and shockingly creating), crimes of this nature is the FBI.

How reliable is the FBI? How much of their agenda is politically motivated? And finally how many of these so called domestic terrorism plots do they create??

“A majority of the domestic terrorism cases we’ve investigated are motivated by some version of what you might call white supremacist violence,”

The lengthy report, released on Monday by Human Rights Watch, raises questions about the US criminal justice system’s ability to respect civil rights and due process in post-9/11 terrorism cases. It portrays a system that features not just the sting operations but secret evidence, anonymous juries, extensive pretrial detentions and convictions significantly removed from actual plots.

“Nearly every major post-9/11 terrorism-related prosecution has involved a sting operation, at the center of which is a government informant. In these cases, the informants—who work for money or are seeking leniency on criminal charges of their own—have crossed the line from merely observing potential criminal behavior to encouraging and assisting people to participate in plots that are largely scripted by the FBI itself. Under the FBI’s guiding hand, the informants provide the weapons, suggest the targets and even initiate the inflammatory political rhetoric that later elevates the charges to the level of terrorism.”

I know, its hard to believe but the facts are freely available. The FBI first hires an informant (whether they pay them directly or offer leniency in criminal investigations). That informant pays people (all too often of diminished mental faculties) to create criminal plots. Then at the last minute stops them from happening and sends their “victory” to the press.

We understand they create domestic terror plots. In fact it is well known. But why did they switch from Muslims to “white supremicists” and why does it happen to so closely match the Biden/Harris anti Trump rhetoric?

And finally why is arguably the most violent of all the organizations, BLM, given free rein. How much is the FBI a political tool?