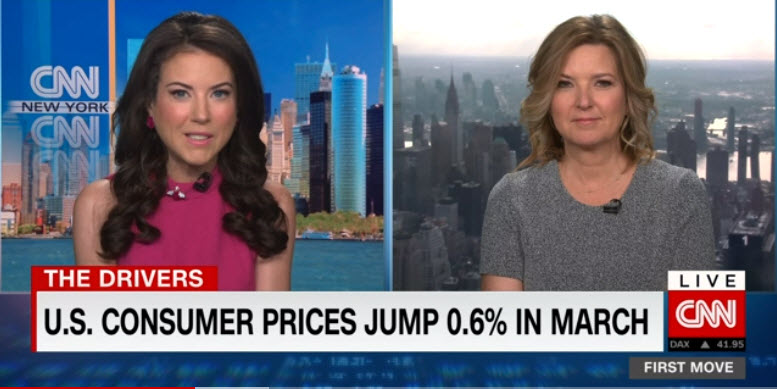 Prices are going up everywhere you turn.

American consumers are already concerned about the rising prices that are beginning to pinch their family budgets. But now, investors and economists are growing worried about the prospects of inflation. Is this a one-time event as the nation comes out of a pandemic? Or are we going to see a return to 1970s-style inflation?

The answer to that question will have huge consequences for financial markets. If the Federal Reserve starts to think there is a real problem with inflation, it could boost interest rates or taper its bond purchases sooner than expected. That would spark a dramatic sell-off in high-growth assets, whose rise has set the tone for investing in the pandemic era.

But wait: The Federal Reserve has been extremely clear that it believes inflation will be transitory.

“An episode of one-time price increases as the economy reopens is not the same thing as — and is not likely to lead to — persistently higher year-over-year inflation into the future,” Fed Chair Jerome Powell told reporters late last month. “Indeed, it is the Fed’s job to make sure that that does not happen.”

Most economists agree with this view, even if they admit we’re in unprecedented territory. In a paper published on Friday, top economists, including Laurence Ball of Johns Hopkins University and Gita Gopinath, the chief economist at the International Monetary Fund, said they expect “a rise in inflation that is modest and temporary,” and note that government spending under the Biden administration doesn’t appear to be a threat.

“Overall, we see little risk that the current temporary government spending for pandemic relief causes an inflationary spiral,” they wrote.

Everything screams inflation right now. How long it lasts is the big question.