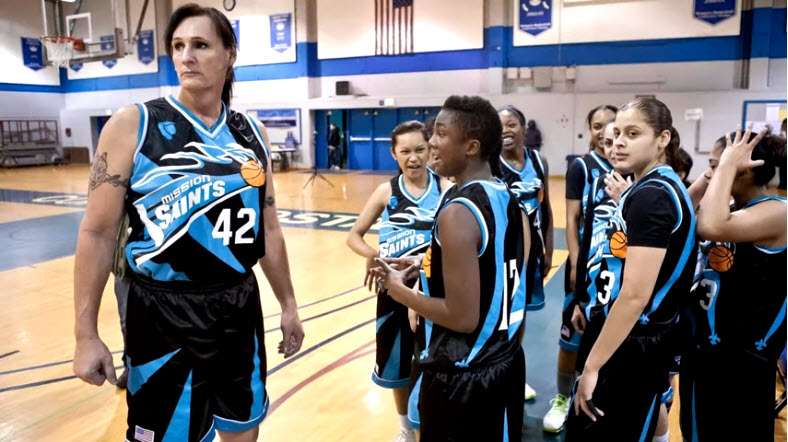 She’s half a century in age and is reliving her college basketball days of 30 years ago when she played as a man.

You read that right.

Some are applauding transgender Gabrielle Ludwig as a hero. Born Robert Ludwig, the former Navy midshipman and college basketball player is now getting a lot of attention at Mission College as a member of the Lady Saints team.

She’s six foot eight inches tall and double the age of most of her teammates.

Ludwig is receiving a mix of positive and negative attention as a transgender basketball player.

Here’s a news clip on Gabrielle’s story. Let us know in the comments what you think about transgender athletes. Is it fair game?