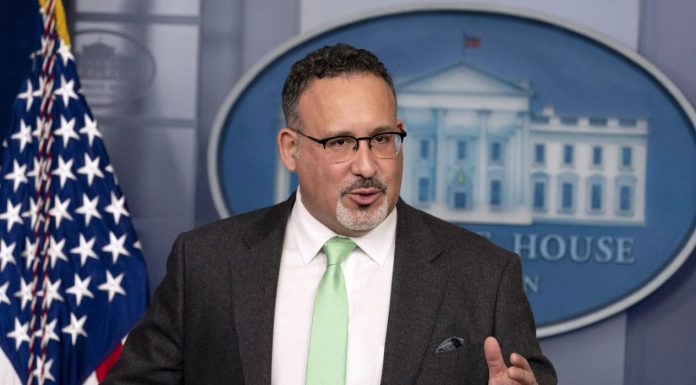 It looks like the Biden Administration isn’t as politically tone-deaf as we thought. A key liberal mandate was scrapped after tens of thousands of Americans made their voices heard.

Last Friday, Secretary of Education Miguel Cardona took back a proposed mandate. It would have required the nation’s K-12 schools to teach Critical Race Theory (CRT).

This decision was in response to 33,967 mostly negative comments to the Department of Education on this policy.

CRT is an anti-white doctrine created by Ibram X. Kendi. It’s difficult to describe and understand, because it’s liberal and doesn’t make a lot of sense. But I repeat myself.

While there isn’t one standard belief system, CRT is the belief that racism isn’t from individual bias, but from large groups.

And it seems that the ultimate goal of this theory is to transform America into a secular, liberal nation. Tens of thousands of concerned parents seem to agree. That’s why they they blitzed the Department of Ed with comments against this mandate.

Pressure from Congress also helped Team Joe make this decision. In a letter to Cardona, Sen. Mike Lee *R-Utah) objected to the policy change for two reasons. #1, that the federal government should have “no role” in dictating curriculum. And #2, that Critical Race Theory “seeks to divide” America “based upon race and identity.”

Senator Lee is 100% correct. With its sole focus on race, CRT makes the topic and problem of racism worse, not better. It teaches black Americans to focus on skin color, and not the content of a person’s character.

CRT also teaches non-white Americans to be bitter and angry. And it doesn’t encourage them to work hard and be the best they can be at whatever they do in life.

Let’s hope this starts a trend in America to get rid of liberal, secular policies in our nation’s classrooms.