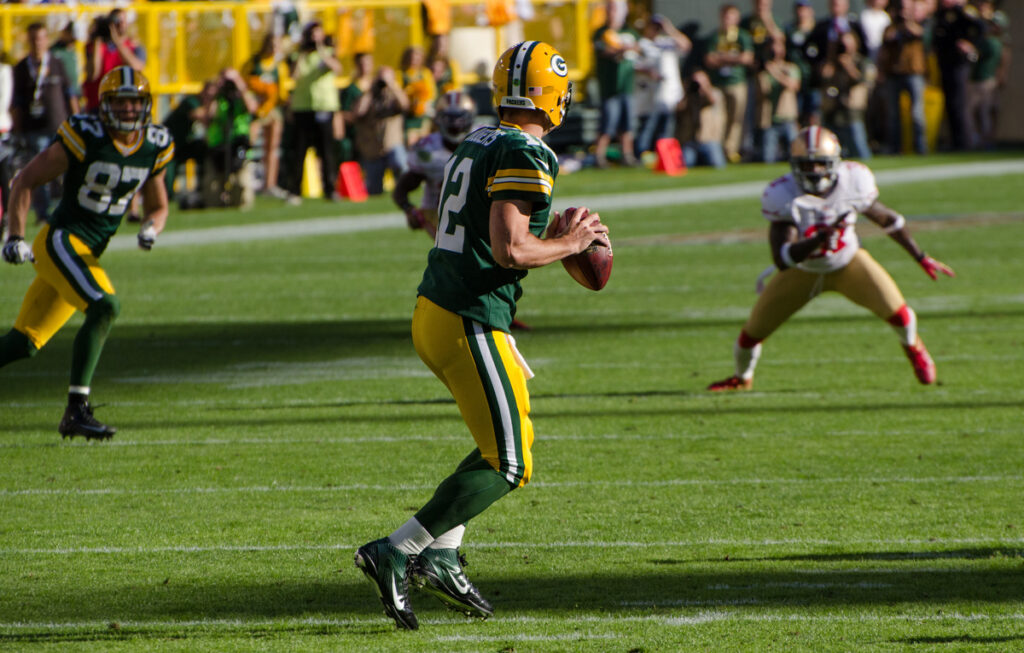 Aaron Rodgers could hoist the Lombardi Trophy in early February, but even winning a second Super Bowl may not mark his highlight of 2021.
Green Bay’s quarterback announced on Tuesday that he recently guest-hosted an episode of Jeopardy! as the show continues following the death of legendary host Alex Trebek. Rodgers said his episode will air “pretty soon.”
“They’re doing some guest hosting spots and it’s going to be released here pretty soon,” Rodgers said Tuesday on The Pat McAfee Show. “I had the opportunity to do one of those.”
Rodgers previously appeared on Celebrity Jeopardy! in 2015, defeating astronaut Mark Kelly and Shark Tank’s Kevin O’Leary. The victory raised $50,000 for Midwest Athletes Against Childhood Cancer. KEEP READING