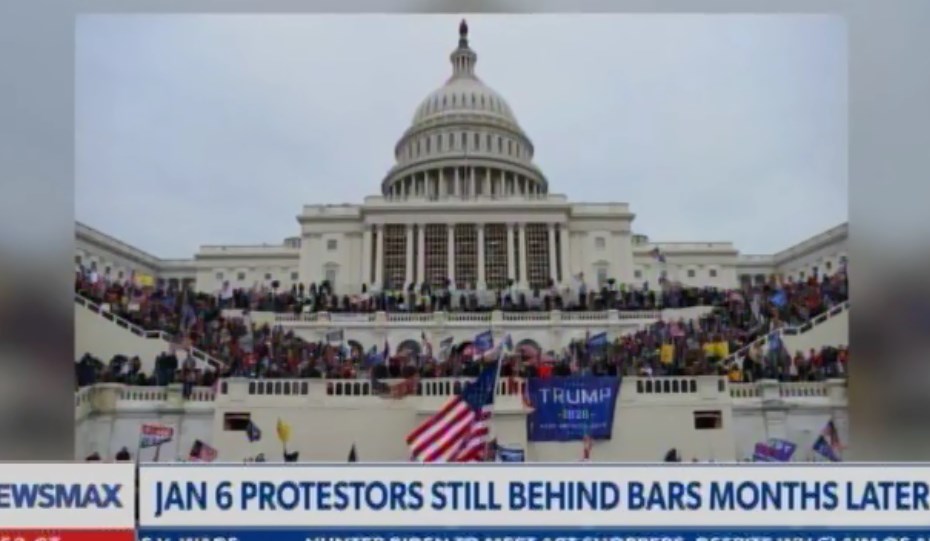 We’ve been doing our best to report as diligently as possible on the developments surrounding the mistreatment of the Jan. 6 Capitol protestors and the abuse of the prisoners.

However, even we weren’t prepared for what Joseph McBride, an attorney, shared with Greg Kelly on Newsmax Thursday.

Joseph McBride: What I can say about the Jan. 6 protesters who remain incarcerated or detained at this point, is that their constitutional rights and human rights are being violated by the Department of Justice and the Federal Government at this very moment. The law is clear that no type of punishment is appropriate for a detainee. Despite that numerous detainees are being held in solitary confinement for long periods of time. They’re being denied medical care. They’re taking beatings. They’re being denied sleep. They’re being psychologically, emotionally, and physically tortured on a regular basis,

Greg Kelly: Hold on a second. Who’s beating them up?

Joseph McBride: I am alleging that the guards are beating them up. The staff are beating prisoners on a regular basis and have been doing so for a long time. This is no exaggeration.

Greg Kelly: Was your client Richard Barnett beaten up by staff?

Joseph McBride: He absolutely was. He was beaten. He was dragged. He was hog-tied. One time his pants dropped below his ankles exposing his private parts while he was taking a beating in front of a female officer. And he had to beg and plead to pull his pants up.

The Capitol protests are a complex matter, and new details emerge every week to raise new questions.

Who are the people in the black who broke into the building first?

Were there inciters there whose sole role was to make matters worse?

Is there more to the Police’s response than we know?

All questions that are yet to be answered.

There’s one question that has a clear answer, though. It’s the question of whether any American citizen should be treated like this.

What McBride described in the sounds worse than Gitmo.