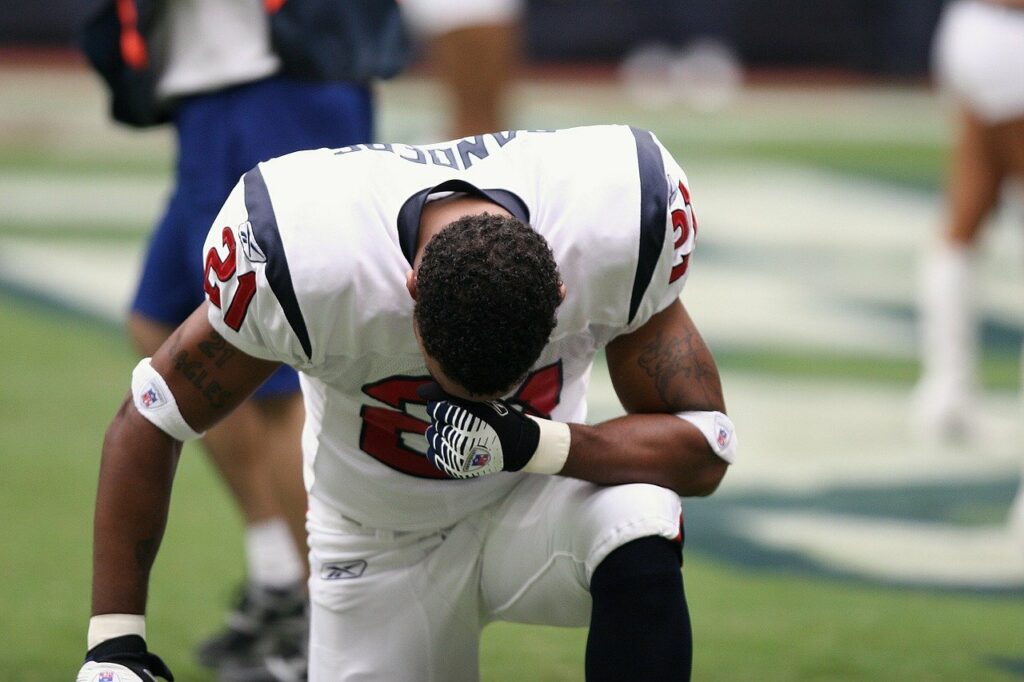 The NFL plans to take their woke efforts even further and push the liberal agenda down the gullets of anyone willing to take it.

They will even play the song ‘Lift Every Voice and Sing,’ also known as the Black national anthem at ALL big-league events, even the Super Bowl.

It’s hard to maintain composure as you witness your country being dragged through the mud. It’s even harder when the powers that be find their way into every pore of society, even sports.

To reinforce its 10-year, $250 million commitment to combat systemic racism, the league will promote social justice via on-field signage, decals on player helmets, and in-stadium PSAs.

The NFL also plans to make “Lift Every Voice and Sing” — often referred to as the Black national anthem — a prominent part of all big league events, said sources. They will likely highlight victims of racial injustice with a “Say Their Stories” project, as well.

Being a conservative today is braver than ever before. Furthermore, being a white American comes with a scarlet letter of sorts.

One of America’s pieces that the woke culture is biting off is football. They’ve been gnawing and chewing on it for years, and we can officially say that their canine teeth have bitten it off.

The keyword phrase here is in the first paragraph – it reads “anyone willing to take it.”

I know I’m not. Enough is enough.