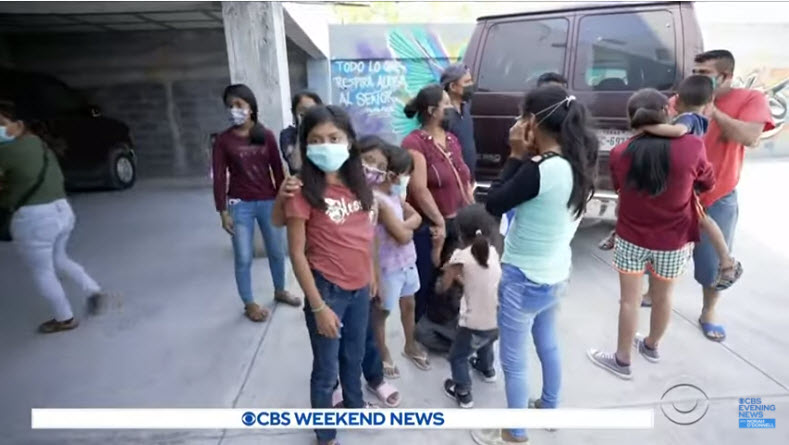 As the U.S. border crisis rages on – most Americans have no idea what is happening with all the “unaccompanied minors” reportedly coming into the country.

Where are they going? What is being done with these poor children?

Thanks to some amateur footage filmed in the dead of night, a shocking reality has emerged: Biden is secretly relocating these migrant kids into red states without permission from governors or communities.

Tennessee lawmakers have accused President Joe Biden’s administration of secretly flying migrant children into their state without consulting them – as Kamala Harris faces growing pressure to visit the southern border to address the crisis.

Tennessee Senator Marsha Blackburn said in a statement the transportation of migrants there is taking place in ‘the dead of night without the knowledge or permission of the communities involved.’

A source with direct knowledge of the operation revealed somewhere up to 50 minors are transported at a time – some to reunite with family members in other states and others to be relocated to group homes.

The individual revealed that while the operation started in Dallas, it moved to small airports recently to avoid attention.

Customs and Border Protection encountered 178,000 migrants in April, a 90 per cent increase from April 2020 and slight uptick from March 2021 – when border guards encountered the most unaccompanied children in history.

This operation looks similar to what took place in Europe five years ago. Large swaths of refugees crossing national borders like Germany and Sweden, then being placed in communities by force, whether or not the city or town approves.

What this looks like is large-scale social engineering being done covertly – where large numbers of immigrants are being moved into heavily “red” areas.

I’m sure there is nothing political going on. No manipulations of state voter demographics going on here at all.