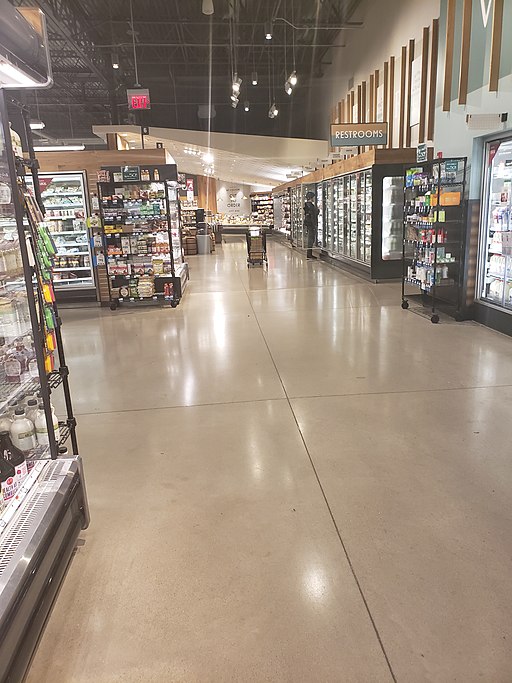 Cancel culture is dominating the news like never before.

Seems like we see one, two, even three news reports per week about some business kneeling before the woke mob, bending over backwards to appease their wrath.

From The Bachelor tv show to Dr. Seuss, cancel culture seems to be growing.

But not all is lost. There is hope.

Washington Examiner reporter Joseph Simonson reported on Thursday there are five examples of well-known businesses who are not allowing the cancel culture to bully them into making changes that make little sense.

Let’s take a look at these bully-proof corporations–many you have probably used at some point:

Last summer, a California teenager started a petition calling on the popular grocery chain to change some of their product names, which included “Arabian Joe” and “Trader Jose.”

The name Jose is the name Joe in Spanish. And a Joe in Arabia would be called Joe.

What’s interesting is if you do a search on this story, researching articles from the past, you can find some, like this one, that falsely reports Trader Joe’s was bowing to the woke mob and would be making changes to these products. Turns out, these reports were fake news, according the a statement TJ put out that clearly reflects that their customers do not find the product names offensive.

“A few weeks ago, an online petition was launched calling on us to ‘remove racist packaging from [our] products,’” Trader Joe’s said in a statement. “Following were inaccurate reports that the petition prompted us to take action. We want to be clear: we disagree that any of these labels are racist. We do not make decisions based on petitions.”

Jokingly referred to as “whole paycheck” for their high prices, this organic grocery and supplement chain somehow gained a reputation as a progressive hangout. Which is interesting when you learn the Whole Foods founder and current CEO John Mackey is a libertarian.

Mackey has openly shared critical views on lightning rod topics like universal healthcare, labor unions, and climate change. Whenever he gets blowback, he shakes it off like a wet dog.

In this interview, Mackey was goaded to talk more about his views, but he didn’t fall for their trap.

For some reason, organic grocers attract a lot of attention from the woke mob, and Goya Foods is no exception.

Their CEO has chutzpah, that’s for sure. You see, Robert Unanue publicly promoted his support for President Trump last summer as the urban riots raged across the country.

“We’re all truly blessed … to have a leader, like President Trump, who is a builder,” he said in a July Rose Garden speech. “We have an incredible builder, and we pray. We pray for our leadership, our president.”

Unanue’s support for Trump triggered progressive lawmaker Alexandra Ocasio-Cortez, and she let her social media tribe know she would no longer purchase Goya products, which happens to be the largest Hispanic-owned food company in the U.S.

While the hashtag #BoycottGoya trended on Twitter, Unanue didn’t back down.

Instead, he repeated his support for Trump and even named AOC Goya Food’s “Employee of the Month. “When she boycotted us, our sales actually increased 1,000%,” said Unanue on the Michael Berry Radio Show.

Forbes takes a different approach to fighting the cc mob by diffusing them.

That’s what they did when they posted this editorial written by Forbe’s own Chief Content Officer Randall Lane. He wrote: “Let it be known to the business world: Hire any of Trump’s fellow fabulists above, and Forbes will assume that everything your company or firm talks about is a lie.”

Lane wants to blacklist former Trump Administration officials. Yet, Forbes Republican CEO and Chairman Steve Forbes has always believed in free speech since he ran for President in 1996.

“We’re not going to have blacklists and the like,” Forbes said. “People can express opinions. Unlike other organizations, we do have diverse opinions at Forbes and we value those diverse opinions and I think that shows strength, not weakness.”

Another recent victim of the cancel bullies is the national hotel chain Hyatt.

This company had the nerve to book CPAC into one of their Florida locations for the annual conference of conservatives.

Liberal snowflakes quickly started in on the cancel crap, spewing their usual hate on Twitter, slandering both the Hyatt company and those attending the conference, calling them all anti-democratic white nationalists.

Hyatt issued a statement proclaiming their commitment to diversity of thought and viewpoints when it comes to who they choose to do business with.

“We believe in the right of individuals and organizations to peacefully express their views, independent of the degree to which the perspectives of those hosting meetings and events at our hotels align with ours. Our own values support a culture that is characterized by empathy, respect and diversity of opinions and backgrounds, and we strive to bring this to light through what we do and how we engage with those in our care.”

Seeing that their strategy wasn’t working, the cancel crowd pivoted to an outrageous accusation: the conference stage design closely resembled a Nazi symbol, they screamed.

Hyatt Hotels stayed strong. Issuing this statement that included: “”We take the concern raised about the prospect of symbols of hate being included in the stage design at CPAC 2021 very seriously as all such symbols are abhorrent and unequivocally counter to our values as a company,” Hyatt said, adding that American Conservative Union organizers told the hotel chain that any resemblance to a symbol of hate was “unintentional.”

Soon after all this hub bub, the controversy evaporated when the Design firm hired to create the stage took responsibility, denying any intentionality to resemble a Nazi symbol.

Businesses must continue to stand up to the cancel culture mob if they want to survive. The mob won’t lose any sleep putting you out of business. So, if you run a business, don’t grovel to every little critic that leaves a review or tweets your way.

Are there any additional companies that have shrugged off a cancel culture attack? Tell us about it in the comments.