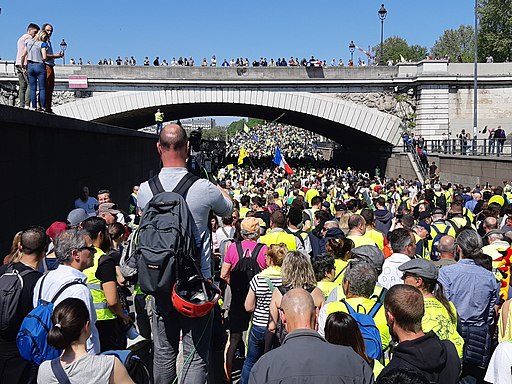 The United States is not the only country dealing with internal strife.

Quietly, without getting a lot of attention by U.S. media, the stability of France looks shaky.

For the second time in a couple of weeks, the French political world has been blasted by rumblings of mutiny amongst its armed forces. The Anglo-Saxon world likes to laugh at French military prowess, suggesting that since Napoleon there has been little to be proud of. But that would be foolish. Very few armies in the world have the capacity to project force, and the French can do that. The Foreign Legion is not a bunch of Boy Scouts. Large swathes of North Africa are still controlled by the French, despite colonialization. Their army is a fighting army without doubt.

About a month ago, on the pages of a website devoted to French military veterans, an open letter to President Macron was published. Signed by 20 retired Generals, including the former head of the Foreign Legion, and 1000 other officers, it professed an oncoming civil war in France.

This letter was picked up by a right of centre magazine, Valeurs Actuelles, and has caused a massive national debate. Regional elections are only a few months away, and the Right-wing opposition to Macron, and currently second favourite to win the Presidency, Marine Le Pen came out in support of the letter. The letter itself was florid at times, referencing the flag, honour, fatherland:

“Discrimination which, through a certain anti-racism, is displayed with a single aim: to create on our soil a malaise, even hatred between the communities. Today some speak of racialism, indigenism and decolonial theories, but, through these terms, it is the racial war that these hateful and fanatic partisans want. They despise our country, its traditions, its culture, and want to see it dissolve by taking away its past and its history. Thus they attack, through statues, ancient military and civilian glories by analysing words that are centuries old.

“Discrimination which, with Islamism and the suburban hordes, leads to the detachment of multiple plots of the nation to transform them into territories subject to dogmas contrary to our constitution. But each Frenchman, whatever his belief or his non-belief, is everywhere at home in France; there cannot and must not exist any city, any district where the laws of the Republic do not apply.

“Discrimination because hatred takes precedence over brotherhood during demonstrations where the power uses the police as a proxy and scapegoat in the face of French people in yellow vests expressing their despair. This while infiltrated and hooded individuals ransack businesses and threaten these same police forces. Yet the latter only apply the directives, sometimes contradictory, given by you, the rulers.”

It finished in bloodcurdling fashion. “there is no longer time to procrastinate otherwise, tomorrow the civil war will put an end to this growing chaos, and the deaths, for which you will bear the responsibility, will number in the thousands”.

The letter aims its criticisms at the political leadership of France, accusing the government of attacking retired soldiers in France while ignoring their grievances.

“To quibble about the form of our elders’ tribune instead of recognising the evidence of their findings, you have to be cowardly. To invoke a misinterpreted duty of reserve in order to silence French citizens, one must be very deceitful. To encourage the army’s senior officers to take a stand and expose themselves, before angrily sanctioning them as soon as they write anything other than battle reports, one must be quite perverse.

“Cowardice, deceit, perversion: this is not our vision of the hierarchy. On the contrary, the army is, par excellence, the place where we speak the truth because we commit our lives…

Once again, civil war is brewing in France and you know it perfectly well.”

The yellow vests protests have been relatively peaceful, with no massive use of violence on either side.