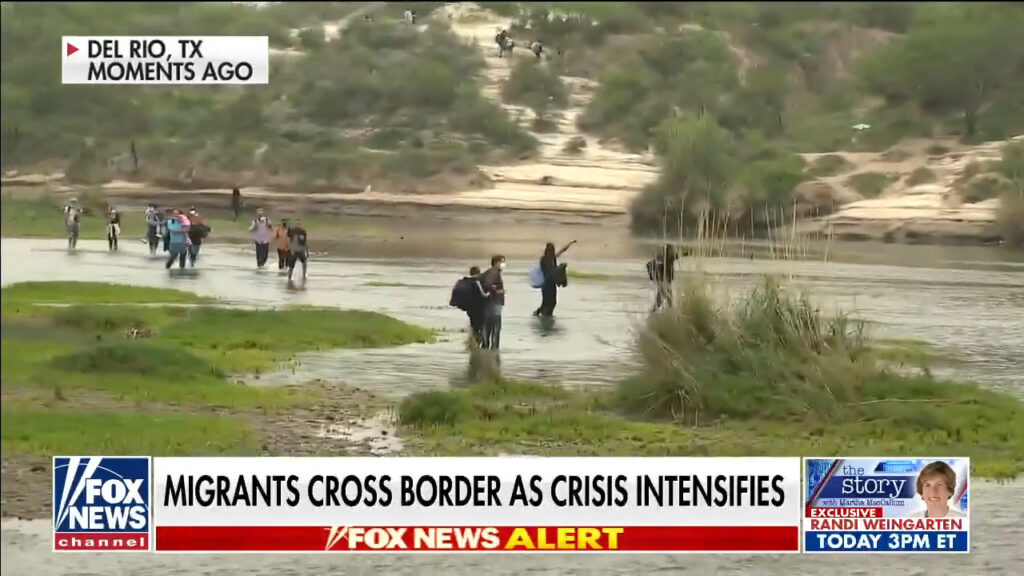 The Biden administration has claimed that our nation’s boarders are currently closed. That doesn’t appear to be the case in a shocking video, captured by a Fox News team.

Fox News cameras captured a group of more than 50 illegal immigrants wading across the Rio Grande into Texas Monday, dramatic confirmation that the border crisis has not abated.

“The Biden administration insists the border is closed,” host Harris Faulkner narrated over the footage before asking viewers: “Does it feel closed to you?”

According to reporter Bill Melugin, Monday marked the third consecutive day he and his crew had seen a group of illegal immigrants cross the river into the US. Melugin added that most of the migrants he had seen were from Venezuela and Cuba.

This video is incredible, and they’ve seen this multiple days in a row.

It certainty doesn’t look closed to me. It looks like people are being allowed to enter the country without any issue at all. If a news team can see this, why can’t border patrol?

Is it because the left’s open border policies? Likely. Recently, Biden told a group of protestors to give him “a few more days” to abolish Immigration and Customs Enforcement (ICE.)

They refused to fund Trump’s wall, and look at the results. This is what a border without any protections looks like.