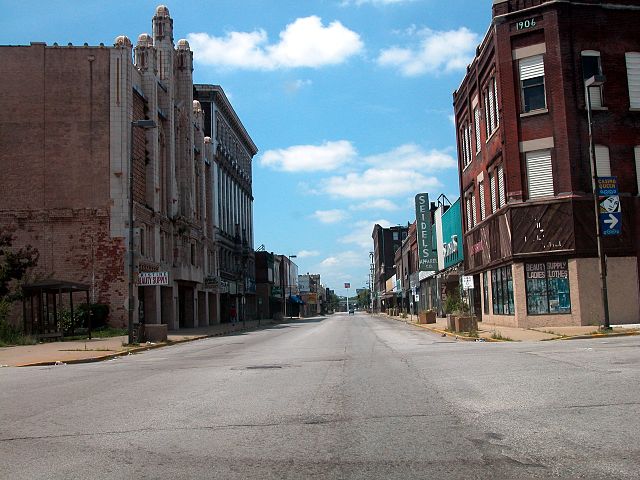 What else can you call what just happened in St. Louis, Missouri?

Does this sound like sane city government to you?:

The St. Louis City budget board approved a $4 million cut in funding to the city police and the elimination of 98 unfilled police jobs in this year’s budget bill.

This comes after St. Louis saw its highest homicide rate in 50 years. The unsolved murders occurred overwhelmingly in impoverished black neighborhoods in the city.

Mayor Tishaura Jones praised the police budget cuts arguing that the defunding of police will help tackles “some of the root causes to crime.”

Let’s hope these Democrat geniuses in St. Louis and around the country figure out the “root causes to crime” quickly.

The St. Louis urban metro area has been a hotbed for BLM protests since the Ferguson, Missouri riots of 2014.

During those protests, a woman named Cori Bush arose from the ashes of Ferguson to become a leader of her community.

Rep. Bush promptly joined the socialist “squad” in Congress along with AOC and Ms. Tlaib.

Some speculate Bush is also a trained Marxist like the BLM co-founders, although she has not publicly acknowledged any training in Marxism.

With the backing of Mayor Tishaura Jones, St. Louis’ top budget board approved an amendment that seeks to reallocate $4 million of the police department’s budget, including the elimination of 98 unfilled positions.

The amendment to the city’s spending plan — which still needs to pass a final vote in the Board of Aldermen — would not remove any active officers from their jobs, but reflects what the mayor’s office calls “an opportunity to ensure that the right resources are distributed to the right call.”

“For many years the budget has not supported the needs of the people and that’s why we’re seeing record numbers of homicides and other acts of violence,” Jones said in a statement after Thursday’s meeting of the Board of Estimate and Apportionment.

“What we’ve been doing doesn’t work,” Jones’ statement continued. “This revised budget will start St. Louis on a new path to tackling some of the root causes of crime.”

The $4 million diverted from unfilled police positions represents a small fraction of the depart’s annual budget of more than $170 million, but it’s a big step for the new mayor’s agenda: On the campaign trail, Jones often critiqued the city’s years-long efforts to shore up police staffing, arguing that more cops were not always the answer to crime while urging the city to instead “put the public back in public safety.”

What is happening in big cities across the country is unprecedented.

As homicide rates rise, and urban unrest brings historic levels of violent rioting and looting, cities like St. Louis, Portland, Seattle, and Minneapolis are choosing to defund their police departments through the cutting of funds (millions of dollars) and drastically reducing the number of police officers.

Here is a list of cities defunding the police.