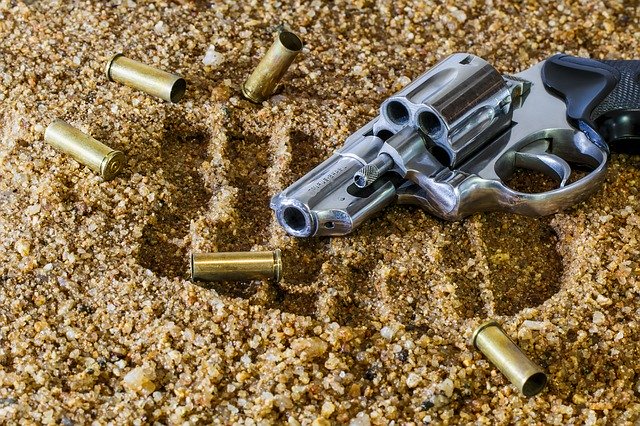 Question: When is it okay to shoot someone? Answer: Apparently, when that person is a Republican. Or, at least, that’s what one anti-gunner on Twitter recently tweeted (hat tip to here for the lead).

A guy going by the Twitter handle of “Darius’s Dad” has this to say in his Twitter bio: “Together we’re stronger and together we shall prevail! Never lose hope and always remain focused. Proud Resister!”

I’m not sure what he’s resisting at this point considering that most “resisters” had been all about resisting Donald Trump who is not currently in office.

And about that idea of working “together” and that nice message of unity? Yeah, it kind of falls apart when you see the kind of garbage that he puts out on social media.

I wasn’t kidding. This guy is actually implying that he is in favor of Republicans getting shot. Not only is that evil, but it also shows a complete lack of understanding about the causes and solutions for violence and gun violence, in particular (you don’t stop bullies by being helpless. You stop bullies by being able to hurt them back).

What happened to “Together we’re stronger and together we’ll prevail!” I suppose that only applies if you’re an anti-gun leftist, eh? That rings hollow in the same way that Biden’s calls for unity ring hollow when he and the Democrats are running rough shod over principles of liberty and the rule of law in America without any consideration for what political conservatives or libertarians want.

But that is the state of (lack of) reasoning and (lack of) compassion on the left these days even though they keep telling us that they are the party of science of compassion.

What do you think about Darius’s Dad’s tweet? Does he have a point or is he just being a tool? Tell us below.