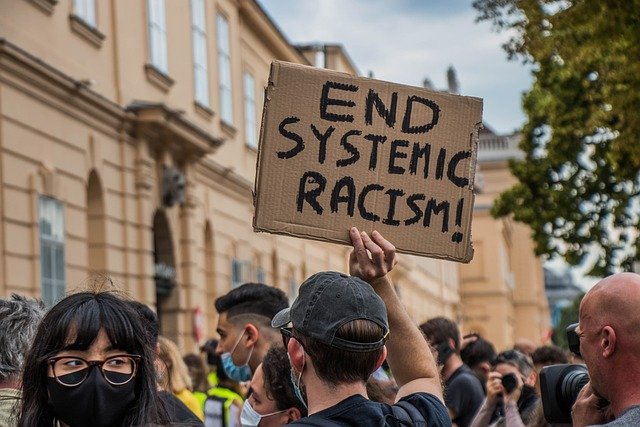 The past few years have seen proclamations everywhere that black lives matter. From politics, to big business, to churches, to the mainstream media, we have been bombarded by the message that African-Americans should not be subjected to bias due to their DNA.

And I absolutely agree that no one should be discriminated against because of their DNA.

But let’s be honest about the political left’s statements about race, shall we? The left doesn’t think that black lives matter, and they never have. If you don’t believe me after knowing that the Democratic Party is the party that supported chattel slavery in America (it’s true) and that the Democratic Party is the party that opposed desegregation of schools and American society (also true), then maybe knowing the truth about what motivated abortion in America and the founding of leftist darling Planned Parenthood might open your eyes. John Zmirak writes,

We’ve been saying it for years. Pro-choicers have been lying. Planned Parenthood was founded by a passionate white racist. Pro-lifers of every race have been citing the very words of Margaret Sanger, printed in black and white, that called poor children “human weeds.” That spoke of the need for “more [children] from the fit, fewer [children] from the unfit.” We’ve been making films like Maafa 21: Black Genocide that compile the dozens of quotes, over many decades, proving Sanger’s agenda.

But leftists brazened it out. They claimed that those quotes were hoaxes, or taken out of context. (In what context would calling babies “human weeds” be acceptable, by the way?) They ignored Sanger’s alliance with the Ku Klux Klan to push birth control on the poor, in 30 states via forced sterilization. Or her friendship and collaboration with Nazi eugenicists such as Eugen Fischer, who ran a concentration camp killing Africans before World War I, but spoke and wrote for Sanger.

Politicians such as Hillary Clinton accepted the Margaret Sanger Award from Planned Parenthood. They also pretended that it’s an accident that more than 60% of Planned Parenthood clinics are in or near minority neighborhoods.

Yes, the founder of Planned Parenthood admired and associated with “literal Nazis,” but those who oppose her policies are the ones being called Nazies these days. Talk about not knowing their history. Zmirak continues:

It’s hard to know whether [current Planned Parenthood President Alexis McGill] Johnson’s revulsion at Sanger’s racist beliefs is sincere. Or [if her statement about those beliefs is] an overdue piece of damage control on the organization’s part. And as she said, it hardly matters. We’re not judging her soul, but the impact of her actions, and those of her organization. For Planned Parenthood to repeat Woke cant about “systemic racism” does no good at all. Not while it’s systematically aborting huge, disproportionate numbers of non-white children. It just adds “hypocrisy” to the group’s long list of sins.

The fact of the matter is that abortion was promoted in America as a way to exterminate those of non-white (and especially of African) descent from the face of the earth, and the biggest abortion provider in America is still working on doing that. Yet, leftists applaud and demand government funding of more of this killing of African-American babies.

If that isn’t “systemic racism,” then nothing is, and until leftists actually address the racist underpinnings of abortion and of Planned Parenthood’s focus on promoting abortion in minority communities, then their calls for ending racism and ending systemic racism, specifically, are nothing more than political posturing and virtue signalling.

In other words, they are hypocritical and evil, pure and simple.