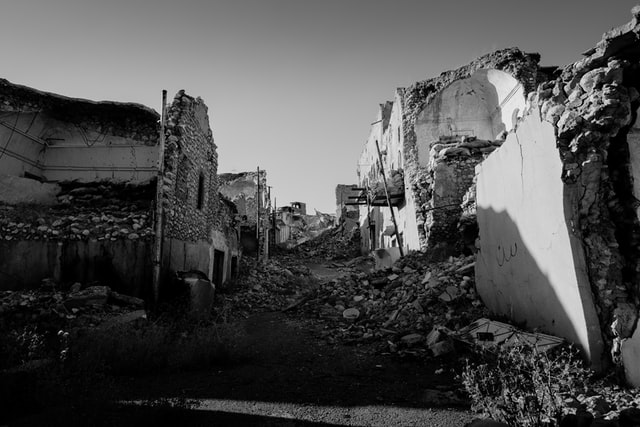 A lot of us are probably guilty of making jokes over people being “cancelled.” Maybe we laugh at videos of protestors with bright hair screaming about something. But are these evidence of something more sinister brewing in America?

Some of us see past all the jokes and recognize the signs.

Last year, there were extreme riots. Activists burned down businesses and police stations, demanding that politicians pass laws for them or else. There’s no way to ignore that they’re using terror to reach their goals.

Some people see the left as a reflection of the actual Taliban! I wasn’t convinced at first. It seemed that there was no way things were getting that bad here in the United States. Then I read this personal essay.

In Afghanistan, people were afraid to openly criticize the Taliban for fear of retaliation against them, their property, their family, or their job.

In America, you cannot openly criticize violent, radical, terrorist organizations like BLM or Antifa without fear of retaliation against you, your property, your family or your job. Kind of like when Antifa vandalized Fox News host Tucker Carlson’s house. Or when BLM terrorists shot at cops with the intent to kill them. Then there was the time when a Louisville Police major was relieved of her command for calling BLM a bunch of “punks”, to name a few.

Again and again, we see everyday people and celebrities of all kinds “cancelled.” It’s become a bit of a joke because we don’t take it seriously. These people are actually losing their jobs, their livelihoods, getting daily death threats.

All because they took a single step away from their forced narrative. If J.K. Rowling, author of the Harry Potter series, isn’t safe.. then who is?