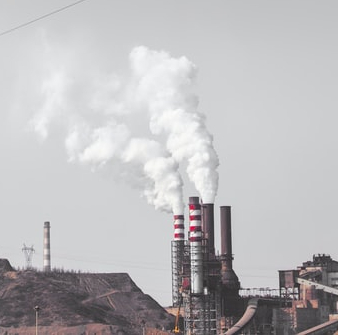 Environmentalists cheered when they heard that Joe Biden was going to have the U.S. abide by the Paris Climate Agreement again after compliance with the agreement had been suspended by President Trump.

You would think that the U.S. entering that agreement would magically cause CO2 emissions around the world to plummet, and everything would be rosy.

The problem? The countries responsible, by far, for generating the most CO2 emmissions aren’t the First World countries like the U.S. who the agreement would obligate to pony up money. In fact, those countries which are causing the problem still have several years under the agreement to receive massive foreign aid before they have to show any results.

Wrong. And a new report reveals the truth (hat tip to here for the lead). Emma Newburger writes,

China’s greenhouse gas emissions in 2019 exceeded those of the U.S. and the developed world combined, according to a report published Thursday by research and consulting firm Rhodium Group.

The country’s emissions more than tripled during the past three decades, the report added.

The findings come after a climate summit President Joe Biden hosted last month, during which Chinese President Xi Jinping reiterated his pledge to make sure the nation’s emissions peak by 2030. He also repeated China’s commitment to reach net-zero emissions by midcentury and urged countries to work together to combat the climate crisis.

Did you see that? China’s emissions are over two-and-a-half times the U.S.’s emissions, but China gets a pass until (at least) 2030 to bring those emission levels down.

You have to ask, “Why does China get a pass?” None of the answers that I can come up with are good because they all bring into question the loyalties of this White House.

What do you think? Why is China getting a pass in the Paris Climate Agreement? Tell us below.