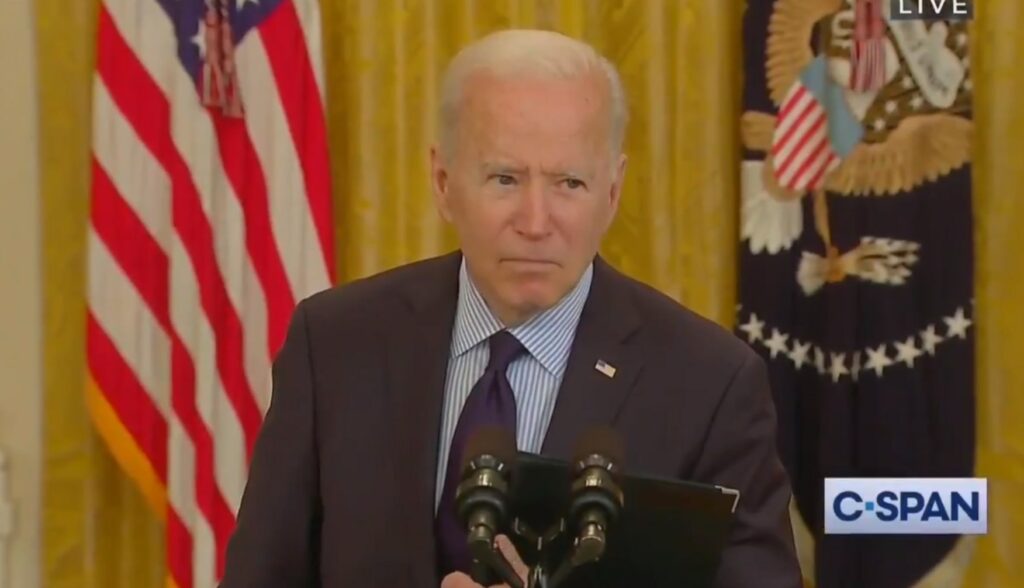 Mouth of Joe Biden is where all coherence goes to die.

And we’re used to it.

It’s been a while now since most common-sense folk stopped paying attention to what this feeble man is saying.

The latest in an endless supply of gaffes came Friday when he was asked about his confusing mask-wearing habits.

As a response, Biden offered a mutter, a stutter, and a grumble, leaving us to guess what exactly he was saying.

The Centers for Disease Control and Prevention (CDC) updated its mask guidelines in April, saying that fully vaccinated Americans do not need to wear a face covering outside, except when in crowded settings.

“Because I’m worried about you,” said Biden at one point, only to say he was joking a second later and then divert the conversation into Dementia Land, where no one can follow him.

This might be a laughing matter if lives didn’t depend on what this man is doing.

Blunders like these directly undermine the CDC and spread confusion about the pandemic.