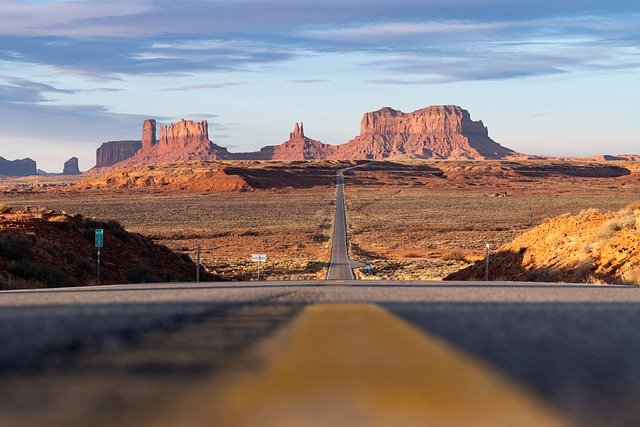 Conservative Americans know that some very strange (and potentially deceptive) things happened during the 2020 election. They also know that most of the problems happened in states like Georgia, Pennsylvania, Wisconsin, Michigan, and Arizona.

Until now, none of these states have had the guts to take any kind of meaningful action to investigate the integrity of their 2020 election results.

But that changed today. Arizona took the momentous step of hiring a team of independent auditors to review the 2020 election in Maricopa County, which is where many of the irregularities occurred.

The Arizona Senate Republicans published the following press release to announce this action:

(Phoenix, State Capitol) — Arizona Senate leadership today announced it has hired a team of independent auditors to complete a comprehensive, full forensic audit of the 2020 election in Maricopa County, including a hand recount of all ballots.

The team will be led by Cyber Ninjas, a cyber security company with a focus on application security, working across financial services and government sectors.

CyFIR is a digital security and forensics company specializing in enterprise incident response, computer forensics and expert witness support to litigation. Notable past engagements include the discovery of the Office of Personnel Management Breach in 2015 and forensic support to the largest individual bank fraud in the history of the IMF. As specialists supporting the highest levels of government and private industry, they are extremely familiar with responding to nation-state cyber activity, including Advanced Persistent Threats (APT).

Members of the Wake Technology Services group have performed hand-count audits in Fulton County, PA and in New Mexico as part of the 2020 General Election cycle. In addition, team members have been involved in investigating election fraud issues, dating back to 1994. In that 1994 case, this team member worked closely with the FBI during the investigation. Wake Technology Services team members also include intelligence analysts and fraud investigators from a variety of industries.

The audit will validate every area of the voting process to ensure the integrity of the vote. The scope of work will include, but is not limited to, scanning all the ballots, a full manual recount, auditing the registration and votes cast, the vote counts, and the electronic voting system. At the conclusion of the audit, the auditor will issue a report detailing all findings discovered during the assessment.

Senate leadership expects this audit to be done in a transparent manner with the cooperation of Maricopa County. “Our people need to be assured that the Senate and Maricopa County can work together on this audit, to bring integrity to the election process,” said Senate President Karen Fann. “As Board Chair Sellers and County Recorder Richer wrote in the Arizona Republic ‘a democracy cannot survive if its people do not believe elections are free and fair.’ They also acknowledge a significant number of voters want the additional assurance that a full forensic audit might bring. I look forward to continued cooperation.”

Because it is an independent audit, leadership will not be directly involved, and members do not expect to comment on any of the processes of the audit until the report is issued in about 60 days.

As noted above, it will take about 60 days before any results can be reported. Nevertheless, it’s extremely positive news, especially for those of us who suspect the outcome of the 2020 election was influenced by fraudulent actions and bad actors.

If evidence of fraud is detected in Maricopa County — and if that evidence is substantial enough to change results in Arizona — it will force other counties and states to hire independent investigators like Arizona.

Also of interest, Jovan Hutton Pulitzer released a press release of his own about the same time as the AZ Senate Republicans. It appears that Jovan’s proprietary technology will play a role in the Maricopa County audit. I’ve included his press release below.

How do you feel about this new development in Arizona? Are you encouraged by it? Or do you think nothing will come of it? Leave a comment with your thoughts below.