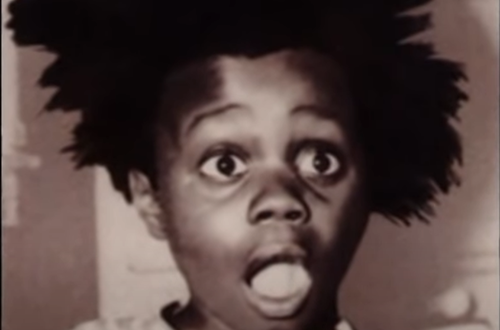 Though it was filmed far before our time (1930s), my brother and I grew up loving The Little Rascals. Our favorite character was Buckwheat. Yes, the character made fun of itself. We would call anyone with wild hair Buckwheat. If they had a cowlick they were Alfalfa (a white character). We never thought that was the way black people were. Buckwheat was simply a zany character on TV that we adored.

We weren’t the only ones that loved him. Buckwheat was so popular that he was the only cast member to appear in all 52 episodes of the show. He was well loved.

Billie Thomas (who kept the nickname throughout his life), the actor who played him, always maintained that Buckwheat was a major step forward for black people. EVERY Little Rascal was treated the same according to Mr. Thomas. And he was right. All the kids were equal in the clubhouse. And please remember this was the 1930s.

Fast forward to 2021: Colorado State Rep Richard Holtorf referred to a black colleague that was shouting him down in chambers as “Buckwheat.” Then it turned ugly with multiple black Reps yelling at Holtford and crying that “Buckwheat” is a racial slur.

William “Buckwheat” Thomas never saw it this way and again, he was right! There was no color in the Little Rascals club house, only unity.

State House Speaker Alec Garnett, a Democrat, spoke immediately after Holtorf Thursday to say that the lawmaker had been reprimanded and those he offended had been heard.

[…] decorum was “grossly breached” by the use of a racial slur, Garnett said.NBC

Garnet made no mention of the unruly group of black lawmakers rushing the podium and yelling agressively at Rep Holtorf.

We still love Buckwheat. We still love the recently cancelled Aunt Jemima. They are part of our history. Sorry, liberal extremists, not every black person portrayed in film or television is Sidney Poitier. We are past kneeling down to your ugly cancel culture agenda. We are free to love whoever we please.