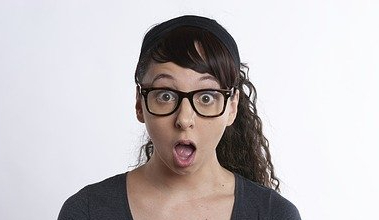 You’d think that we live in a day and age when people can be adults and can treat other people like adults, but, apparently that isn’t the case.

Anaheim city council stripped a commissioner of his title for comments he made after refusing to partner with a Chinese city.

“They’re going to destroy me and my reputation, kick me off sister cities—which you voted to put me on—because I said, ‘China virus,’” Larsen told council.

The issue began when the sister city commission, which works to develop Anaheim’s cultural and economic relationships with international cities, considered partnering with Pudong, China on Feb. 22.

Pudong is a district within Shanghai where the Shanghai Disney Resort is located. Anaheim and Pudong have a “friendly city” relationship, but are not full-fledged sister cities.

Larsen said he was shocked by the commission’s consideration with a Chinese city, given how the CCP had lied for weeks about having the virus before informing the World Health Organization.

“I am stunned that anybody in Anaheim would consider such a thing,” Larsen said.

During the Feb. 22 meeting, commissioner Dara Maleki said: “I don’t know who our bigger enemy is—foreign or the domestic. We’ve got a pandemic; we’ve got a serious virus.”

Said Larsen: “It’s called the China Virus. The City of Anaheim is in the tank, and we’re going to invite them into our house?”

Chair Taline Cole interjected: “Larry, I’m going to stop you there. This isn’t the place to have political conversations.”

Larsen fired back: “I’m blown away that this city has taken that invite from China. And now we’re going to smack happy with these people? I’m absolutely stunned.”

You’d think that Larson’s concerns about keeping the people of Anaheim safe and free from danger of infection would be the most important thing, but, apparently, the city council took the standard leftist position that the Chinese Communist Party is always right and can never be criticized.

You have to wonder if this is really about the city council members receiving some kind of CCP kickback. Do they really care so little about their constituents that they try to immediately shut down concern over people’s health if it makes the CCP look less than perfect?

Whatever the reason, it’s apparent that you can’t question the CCP narrative in California politics.

What do you think about Larson’s removal from his commissioner position: reasonable or did he get the shaft? Comment below.