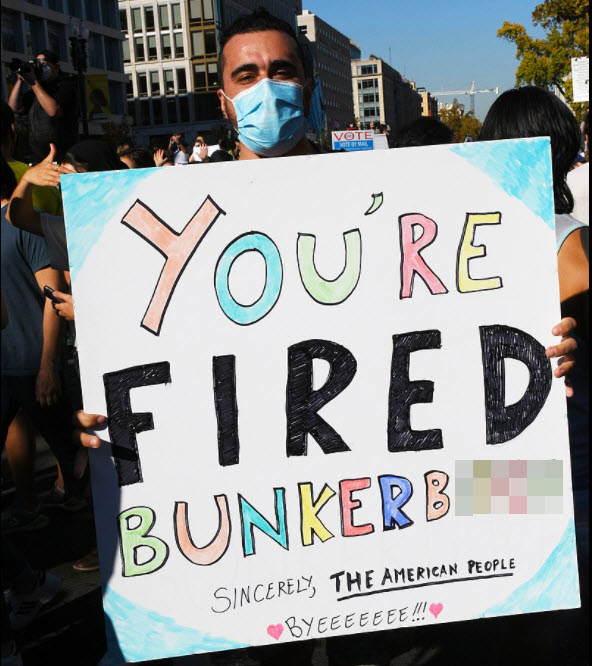 The Left has been dialing up their intimidation tactics for the last 12 months, but it’s gotten especially bad since the start of 2021.

And people are noticing. In fact, 64% percent of respondents to a recent poll said there is a “growing cancel culture” that is a threat to their freedom.

Conducted by Harvard CAPS-Harris, the poll was released to The Hill last Monday.

Digging deeper, the poll found that 36% of Americans view cancel culture as a “big problem.” Another 32% called it a “moderate problem.” Twenty percent called it a “small problem” and 13% don’t consider it a problem at all.

As a regular reader to this website, you probably already know what “cancel culture” is all about. In case you’re new to the topic, the Merriam-Webster dictionary defines cancel culture as “the practice or tendency of engaging in mass canceling as a way of expressing disapproval and exerting social pressure.”

The poll found that 54% of respondents said they were “concerned” that if they expressed their opinions online that they would be banned or fired, while 46% said they were not concerned.

“It is a chilling finding that most people in the country now are afraid they would be fired if they expressed their real views on social media,” said Mark Penn, the director of the Harvard CAPS-Harris Poll survey.

“The public generally gives negative ratings to social media companies and sees the movement as more about censorship rather than trying to correct wrongs. It is growing as a national issue,” he added.

The Harvard CAPS-Harris Poll survey of 1,945 registered voters was conducted from March 24 to 25. It is a collaboration of the Center for American Political Studies at Harvard University and The Harris Poll.

Full poll results will be posted online later this week. The survey is an online sample drawn from the Harris Panel and weighted to reflect known demographics. As a representative online sample, it does not report a probability confidence interval.

One thing we can do is “expose the folly of the cancel culture.”

People are starting to speak up and expose the folly of cancel culture. Even Hollywood liberals are coming out against cancel culture — on Twitter of all places!

Pastors and other religious leaders are beginning to raise their voices in opposition:

Well-established conservative media personalities are getting brave enough to call out the nonsense:

Have you or someone you know ever been canceled or attacked by the woke mob? We would like to hear your story. Please share in the comments.