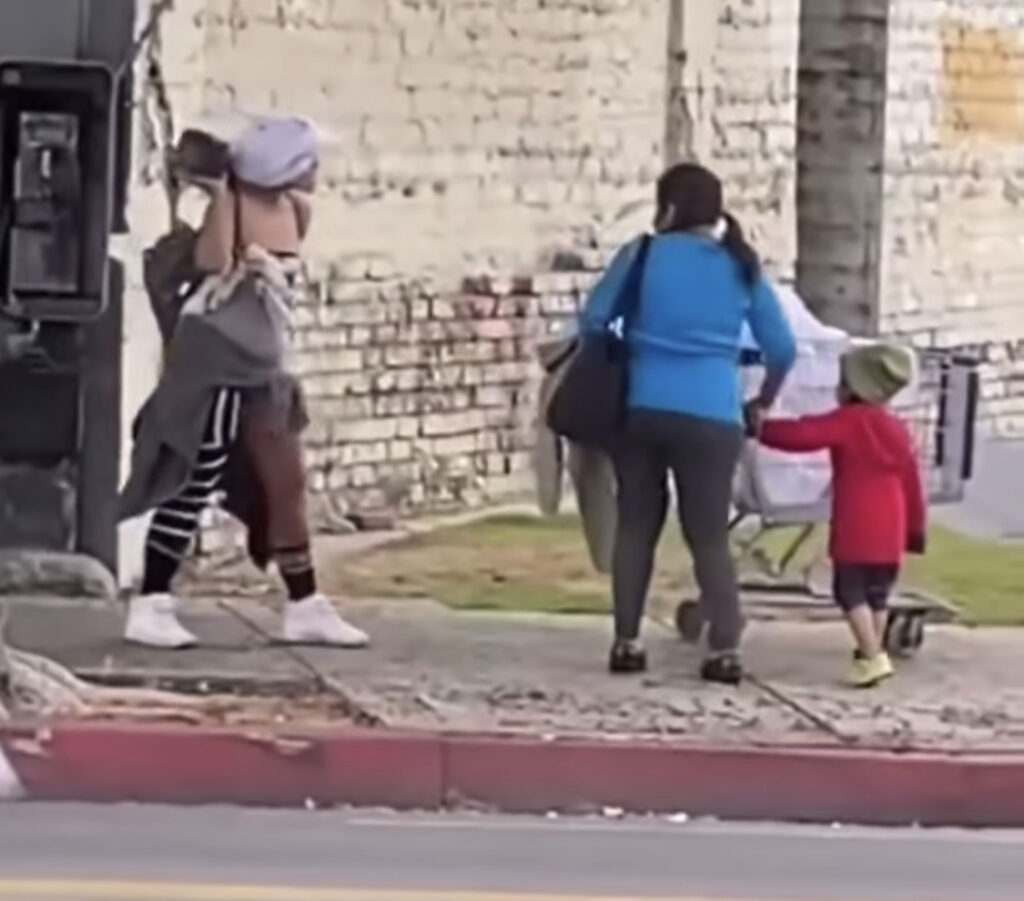 Communist California has been in the news quite a bit lately. Why this time?

Because of it’s inability to deal with its homeless population.

Here we have a video of a homeless woman who is threatening to hit a mother and child with what appears to be a stereo.

Why is she threatening them? Because that’s her sidewalk, evidently.

“This vagrant threatening a woman walking with a 3 year old kid for daring to use the public sidewalk as intended is perfectly acceptable in 2021 Los Angeles. We have decided it’s legal for the vagrant to make it into a bedroom instead. No enforcement, no accountability, find a new way to walk to wherever you’re going if you don’t like it, the streets are theirs.”

That’s right. In Communist California, homeless people have more right to sidewalks than the taxpayers who pay for them.

This can all be traced back to Gavin Newsom, of course. His idea of a well-run state is when tax payer dollars fund the homeless population, and then the taxpayers themselves are threatened by the people their money is funding.

Liberal logic at its very best.