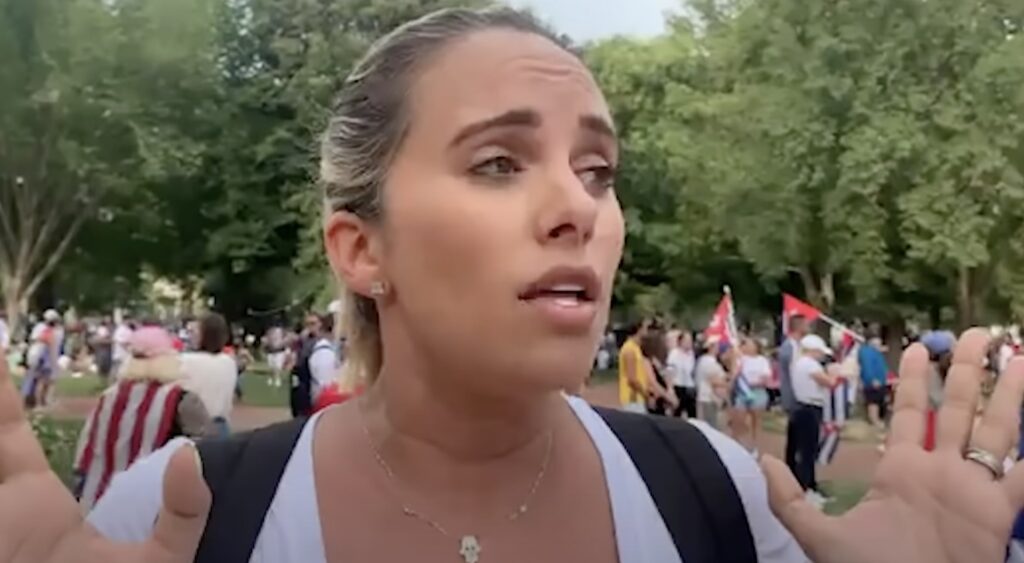 Hundreds of protestors have gathered in Washington and other locations in recent days. No, it’s not another BLM riot. They’re protesting against communism.

The country of Cuba has been undergoing anti-government protests for over a week. The people there are tired of the damage that Communism has done to them and their country.

The progressives in Washington, such as Bernie Sanders and AOC, just aren’t paying enough attention. Their policy ideas are the same kinds that harmed generations of the Cuban people.

She explained the reason her husband came to the United States from Cuba is because there are no basic rights on the island. Barbara said, being in the U.S., “we take it for granted.”

“It scared me when you have people on the left, here, saying how perfect [communism] is. How you have the Bernie Sanders, AOCs try to implement those stupid laws like [they] have in [Cuba]; that’s why we’re here,” she said. “You don’t see Americans going to Cuba on a raft!”

She makes an excellent point. If communism is such a great thing, why aren’t any liberals running to Cuba? It’s it a paradise? People who actually escaped a Communist country know more about it than college liberals.

The people who have actually lived under such a regime know that it’s not what it promises to be. Liberals need to listen to their warnings and get their heads on straight.