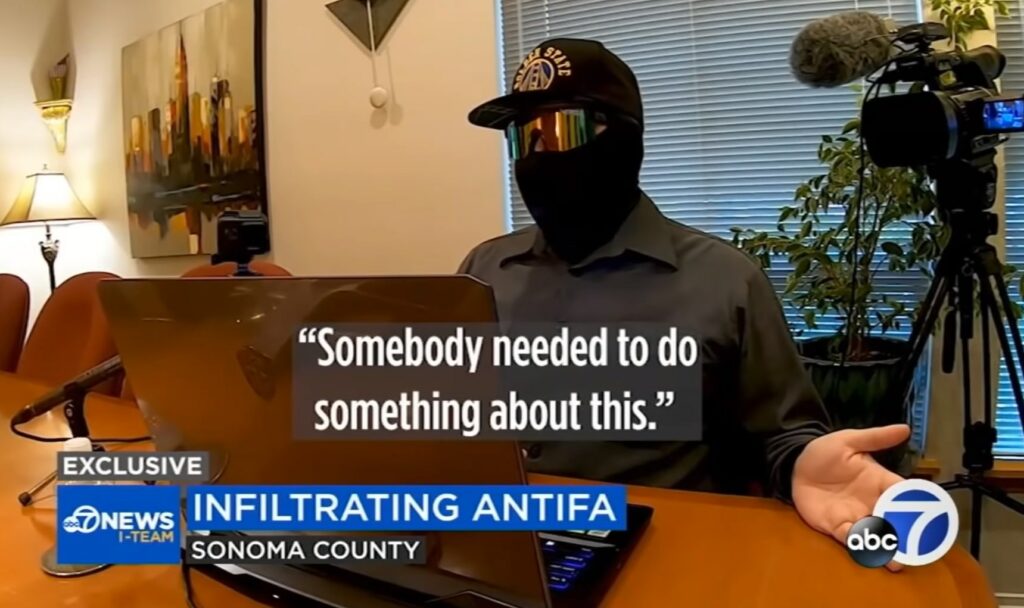 This is just one of the many distressing details shared by a Trump supporter after infiltrating the Sonoma County Radical Action, an Antifa chapter in Northern California.

The call to killing might not come as a shock because it’s only natural for these cowards to thump their chests when surrounded by fellow miscreants. It wouldn’t be anything new if things ended there.

However, among the leaked messages and recordings is a concise list of people to be targeted.

The list, among others, proclaims an open hunt season on Republicans and police officers, people like Sandy Metzger (head of Santa Rosa Republican Women Federated and a prominent Trump supporter), and the head of the Deputy Sheriff’s Union.

When will our country’s feeble leadership do something about this looming threat?

We all know what Antifa is – a domestic terrorist organization. It’s just about putting pen to paper.