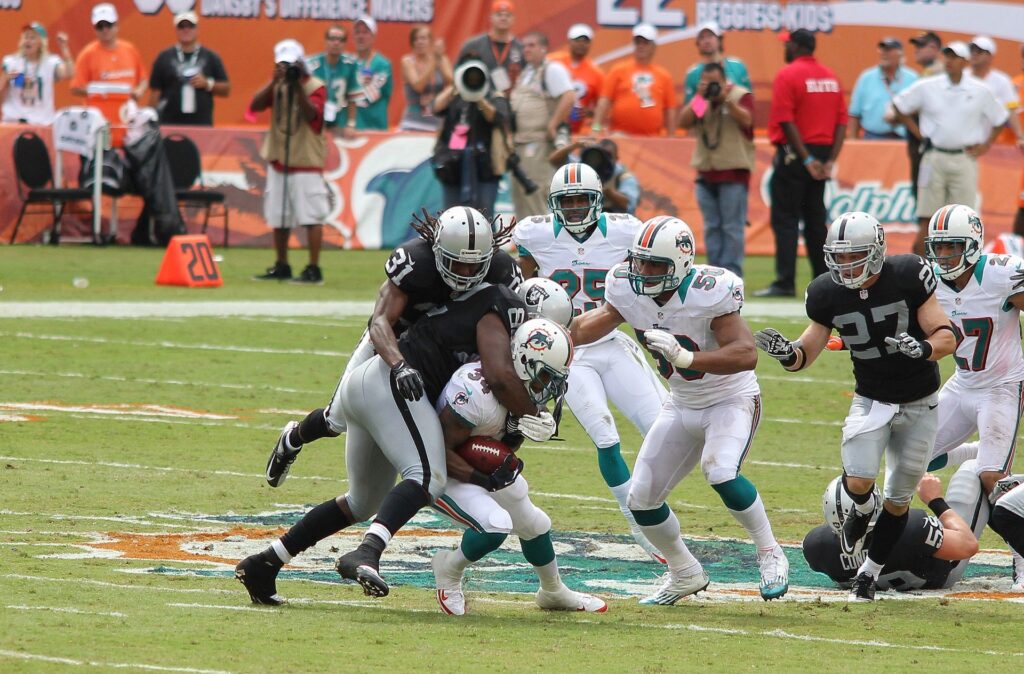 Former Oakland Raiders running back Bo Jackson isn’t a fan of NFL defenses today. Jackson believes defenders have gotten so bad at tackling that he could average “350-400 yards a game” if he played today.
Jackson, 57, made those comments on Deion Sanders’ “21st & Prime” podcast Monday. Jackson decried tackling methods today, saying defenders rely too much on their shoulder pads instead of wrapping up.
“Nobody wrap up and tackle no more. With me being a ball carrier, my coach taught us, No. 1, he said, ‘I know you can run, but I’m going to teach you how to carry that football.’ He said, ‘That football is like your newborn baby. Don’t ever put it on the ground. And keep it away from the enemy.’
“It’s like this — and I watch technique — I don’t see nobody hitting or wrapping up. Everyone is running into each other and using their shoulder pads to knock the ball carrier down. And I’m like, if I played during this era, I would be averaging 350-400 yards a game.” Over his four-year career in the NFL, Jackson averaged 73.2 yards per game. COULD BO JACKSON DOMINATE THE NFL TODAY?