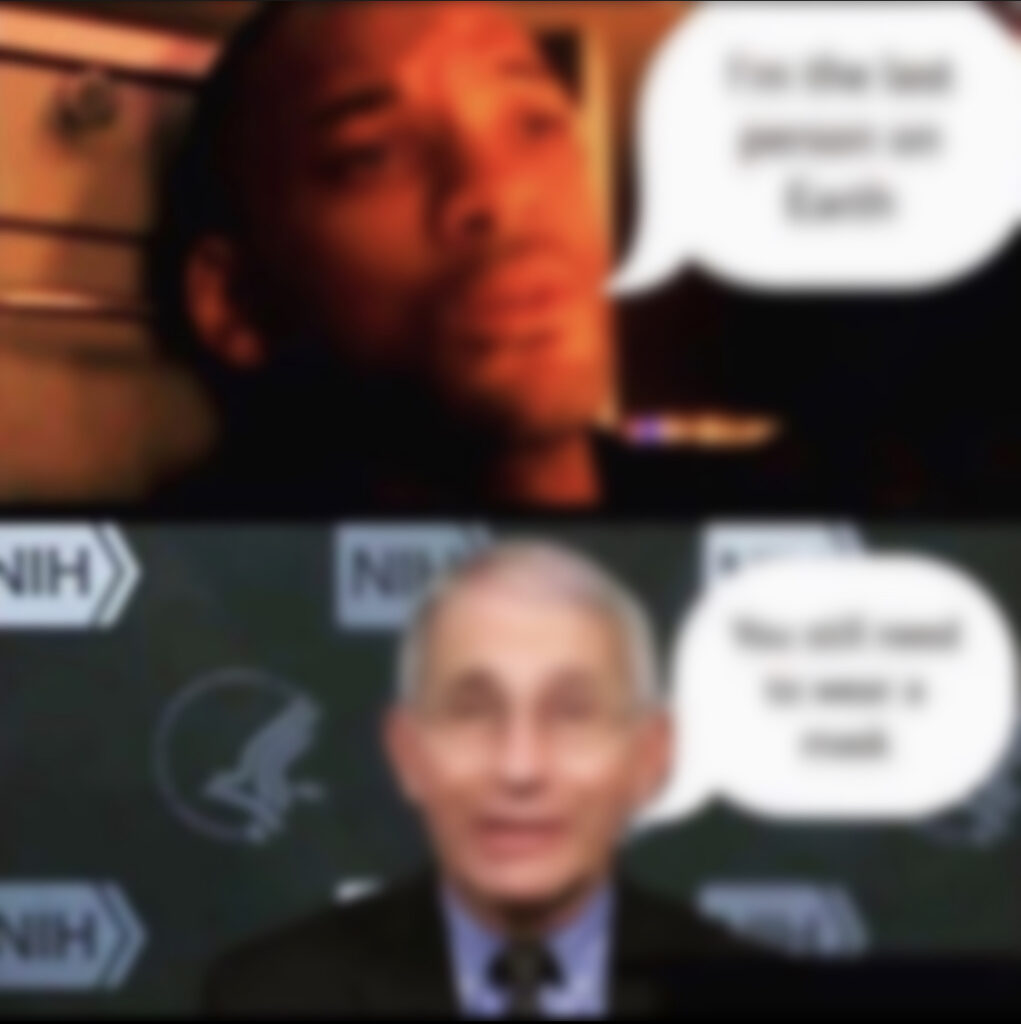 Liberals are outraged by a new meme floating around the internet.

But of course they are. A good liberal doesn’t pass up a chance to be outraged.

BEHOLD, the meme in question:

To be fair, liberals probably don’t even know this meme is a joke. They probably consider this very sound advice from Saint Fauci.

Countless liberals can still be spotted wearing masks outdoors, despite their vow to “trust the science.”

Liberals will probably still be wearing masks in 2030 at the rate they’re going. Even though the CDC and Dementia Joe have said they can take them off, some are still refusing.

California, for example, has rejected the new CDC advice. Residents of CA will be required to continue wearing their “face diapers” for an additional month.

Apparently, California knows something about science that the CDC doesn’t!