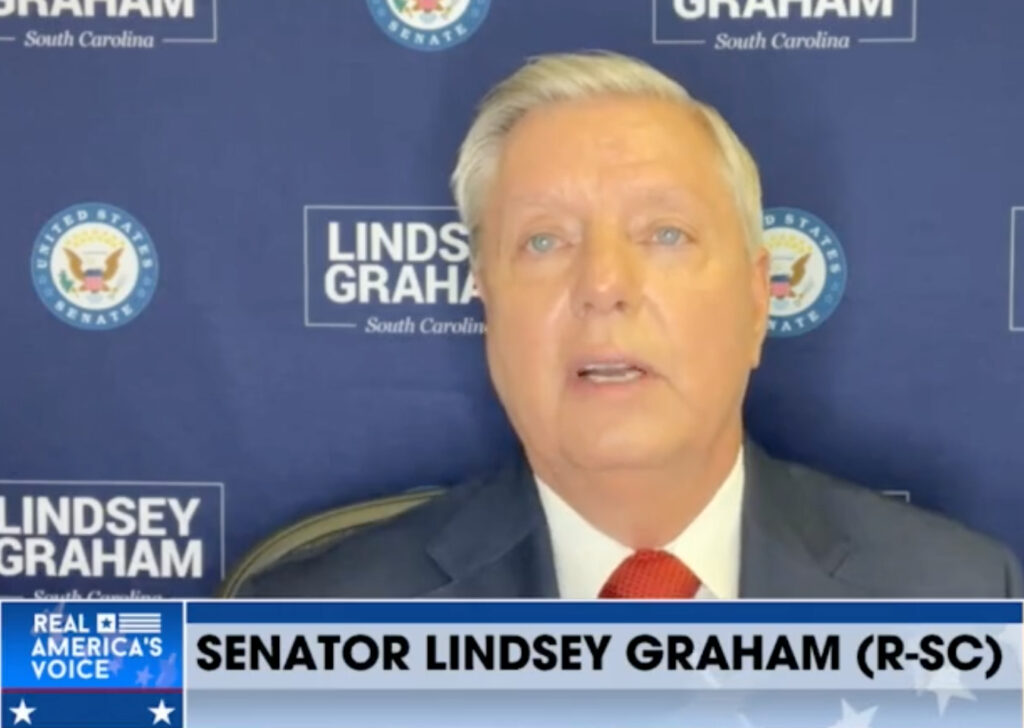 Graham criticized Biden for pulling troops out of Afghanistan, the ongoing crisis on our southern border, and lifting sanctions on Iran.

“Well, in Afghanistan, you may be tired of fighting radical Islam, they’re not tired of fighting you. If you’re listening to this program, if they could get you, they would kill you. They want to destroy the State of Israel,” Graham said. “And they want to kill every Christian they can get their hands on. These people are religious Nazis. We’ve had ’em at bay for the last few years. Trump did a hell of a job putting his foot on their throat. And now we’re gonna let ’em back up,” he said.

Graham mentioned the influx of migrants along America’s southern border and noted that terrorists could attempt to enter the U.S. along with other illegal migrants seeking to come into the country.

“The border is completely broken. How easy would it be for a terrorist to intermingle among all the illegal immigrants coming here and sneak into the border? We found four or five on the terrorist watch list,” Graham said.

The senator described the Iranians as “licking their chops because Biden is back into the nuclear deal again.” The Biden administration has appeared eager to make a deal with Iran to renew the JCPOA and lift sanctions on Iran that former President Trump imposed on them after pulling the U.S. out of the deal.

Biden’s foreign policy has already created problems and crises on all fronts. Just imagine how much worse things could get in the next four years.