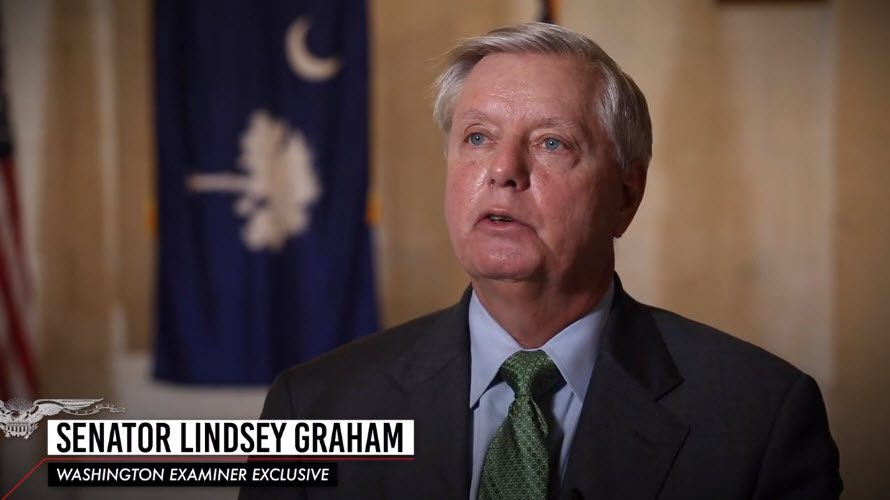 Republican Lindsey Graham and Democrat Joe Biden became fast friends during their time together in the U.S. Senate.

Despite their differences, Graham and Biden grew close, sharing personal family struggles with one another as fellow dads, husbands and public servants.

Graham grew quite fond of Biden. Just a few yeas ago, a video of Graham went viral. In the video, Graham chokes up, eyes misty, while talking about what an awesome human being Biden is.

Watch this 90 second video and you’ll see how much Graham admired and loved Biden.

The Love is Gone

Those glowing sentiments Graham expressed in 2015 have flipped 180 degrees in the opposite direction. Now, he feels baffled and betrayed. Graham does not even recognize the Joe Biden currently in the White House.

Here is what Graham had to say when asked how different Biden is now from the Senator Graham once worked with.

“The Joe Biden that we know that would be a deal-maker, that would find a way forward on an infrastructure bill, is AWOL or doesn’t exist. I don’t know what’s happened to the Biden administration.”

Biden’s former close confidant went so far as to say the Joe Biden of his Senate days no longer exists. “If he does exist, he needs to reemerge and reassert,” Graham added snarkily.

He went on to say Biden needs to personally go down to the southern border and “see it for yourself.”

Why has Biden changed?

When asked by the Washington Times why he thinks Joe Biden has changed so radically, Graham called out radical left Democrats like Rep. Alexandria Ocasio-Cortez and Senator Bernie Sanders, two leaders pushing the radical policies Biden now supports – something he wouldn’t have done before 2009.

One example of these radical leftist policies that Biden now endorses is the Equality Act. Senator Graham had this to say on the controversial bill:

Possibly the most shocking thing Graham said about Biden was when the reporter asks him if he thinks Biden is in charge of the policies his administration is implementing? Or is someone else pulling the strings? Graham said:

“Clearly, he is not in charge. You know who I think is in charge? The people who are going to primary Schumer (NY Senator Chuck Schumer) own Schumer. Chuck Schumer is pushing for D.C. statehood. He’s pushing for the end of the filibuster. If he doesn’t, he would get fired.

Nancy Pelosi is on thin ice in the House.

AOC, Bernie Sanders, this radical element of the Democratic Party is holding everybody hostage, and Joe Biden seems to be unwilling or incapable of standing up.

He could be a consequential President. There’s a way to get an infrastructure built that Republicans would buy into… Right now, Joe Biden seems to be along for the ride and the game plan is to run us over. Not to find common ground.”

What Lindsey Graham had to say about Joe Biden was eye opening!

Here are some video clips of Graham’s interview with the Washington Examiner where he talks about how radically different Joe Biden now is in 2021. These clips pieced together give you the entire interview: