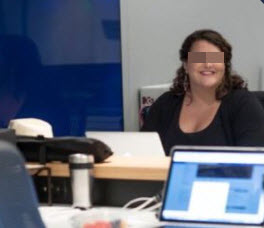 The New Yorker has published an essay written by journalist Jessica Bakeman, who used to cover the New York State Capitol. What she says in the essay makes her the seventh woman to come forward with sexual harassment allegations against Democratic New York Governor Andrew Cuomo.

Her essay was published in The New Yorker on March 12th, where she described various encounters with Cuomo, starting with a holiday party in 2014:

From The New Yorker:

I walked up to the governor, who was in the middle of a conversation with another reporter, and waited for a moment when I could interject. He took my hand, as if to shake it, then refused to let go. He put his other arm around my back, his hand on my waist, and held me firmly in place while indicating to a photographer he wanted us to pose for a picture.

My job was to analyze and scrutinize him. I didn’t want a photo of him with his hands on my body and a smile on my face. But I made the reflexive assessment that most women and marginalized people know instinctively, the calculation about risk and power and self-preservation. I knew it would be far easier to smile for the brief moment it takes to snap a picture than to challenge one of the most powerful men in the country.

But my calculation was a bit off. I was wrong to believe this experience would last for just a moment. Keeping his grip on me as I practically squirmed to get away from him, the governor turned my body to face a different direction for yet another picture. He never let go of my hand.

Then he turned to me with a mischievous smile on his face, in front of all of my colleagues, and said: “I’m sorry. Am I making you uncomfortable? I thought we were going steady.”

I stood there in stunned silence, shocked and humiliated. But, of course, that was the point.

I never thought the governor wanted to have sex with me. It wasn’t about sex. It was about power. He wanted me to know that I was powerless, that I was small and weak, that I did not deserve what relative power I had: a platform to hold him accountable for his words and actions. He wanted me to know that he could take my dignity away at any moment with an inappropriate comment or a hand on my waist.

Governor Cuomo still denies any wrongdoing after 7 women have come forward. He is defying the calls for him to resign.

“There are facts and then there are opinions. And I’ve always separated the two,” said Cuomo to reporters. “Politicians who don’t know a single fact, but yet form a conclusion and an opinion, are in my opinion reckless and dangerous.”

The list of prominent politicians calling for Cuomo to resign from office continues to grow. Today, both Senators from New York, Senate Majority Leader Chuck Schumer and Senator Kirsten Gillibrand – both Democrats – now are calling Cuomo to step down.

Several state lawmakers had called for his resignation earlier in the week, but by day’s end, the three-term governor had lost the support of almost the entire 29-member New York congressional delegation and a majority of Democrats in the state legislature. None of the desertions hurt more than those of New York’s two U.S. Senators, Senate Majority Leader Chuck Schumer and Sen. Kirsten Gillibrand.

“Due to the multiple, credible sexual harassment and misconduct allegations, it is clear that Governor Cuomo has lost the confidence of his governing partners and the people of New York,” the Democratic Senators wrote in a joint statement. “Governor Cuomo should resign.”

Even ultra progressive Rep. Alexandria Ocasio-Cortez is now calling for Cuomo to resign.

How much longer can Cuomo hang on? Will he do what’s best for the people of New York and step down? Or will he continue to cling to power? Let us know in the comments how soon you think Governor Cuomo will resign.