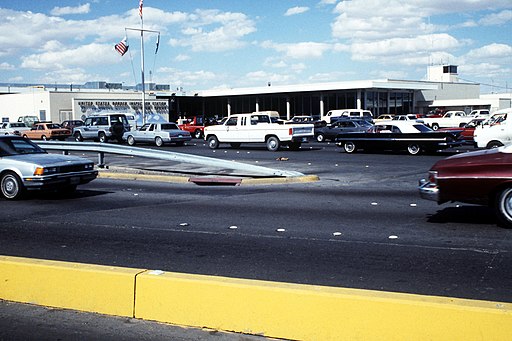 Last year, 69,000 illegal immigrants slipped through the cracks along the southern border. But according to a leaked report, the number of migrant “got-aways” is already above 118,000 for the current fiscal year.

So, in less than six weeks, the “got-away” number has nearly doubled compared to ALL of the 2020 fiscal year. Border Patrol sources report the recent surge increased the sharpest after Biden’s inauguration.

This particular metric is usually not released by Department of Homeland Security officials. The numbers are achieved by counting illegal immigrants who ultimately escape Border Patrol apprehension after being observed by aircraft platforms and camera systems. In addition, Border Patrol agents using traditional “sign-cutting” techniques identify footprints crossing the border and count those that elude apprehension.

“That’s where it gets tricky,” says a Border Patrol agent with knowledge of the data who is not authorized to speak in the issue. “On a small trail, dozens can walk all over each other’s footprints, so you just do your best. Often, they’ll glue carpet to the soles of their shoes making detection even harder.

The source reports that for these reasons, the got-away count is usually lower than reality. How much so is debatable as the latter method of counting is not scientific.

The spike in got-away comes as U.S. Customs and Border Protection officials reported the highest number of migrant apprehension totals since 2006.

Despite the current administration’s refusal to call the immigration situation on the border a crisis, the recent surges are concerning. Many believe the impetus for the surges in illegal entries is being fueled by the promise of amnesty legislation. The administration’s new policies regarding lax interior enforcement and a reduction in removals are also believed to be contributing to the surge in activity along the border.

Texas Governor Greg Abbott – who failed trying to please the woke mob last week – is sounding more reasonable when it comes to border security. His state being right in the middle of this issue, Abbott has chimed in on criticizing Biden’s immigration policies and he has plenty to say about implementing solutions to the crisis.

A child advocacy group called the National Center for Youth Law sent a team of lawyers to investigate one of the government’s tent facilities last week and the findings they report are troubling.

Although the Border Patrol blocked the team from touring the facility, the lawyers were able to interview a dozen children, and the NCYL director reports the children were terrified, crying, and scared because they were not able to call their parents.

Some said they hadn’t seen daylight for days.

The allegations come as concerns mount over the growing number of children in customs and border protection custody.

A CBP spokesperson said border patrol officials quote, “do everything they can to take care of unaccompanied children in their care.”

However, a Homeland Security official said last week that the facility in Donna was ‘significantly over-crowded.’

On Saturday, the Secretary of the Department of Homeland Security announced he is directing FEMA to join HHS in helping the border patrol.

The announcement comes in response to the surge in unaccompanied children which has overwhelmed border facilities.

FEMA to the Rescue

Yep. Good ol’ FEMA is going to jump into the southern border fray.

What could go wrong?

Department of Homeland Security Secretary Alejandro Mayorkas has tapped the Federal Emergency Management Agency for assistance with an influx of migrant children as the situation along the U.S.-Mexico border continues to worsen.

“I am grateful for the exceptional talent and responsiveness of the FEMA team,” Mayorkas said on Saturday. “I am incredibly proud of the agents of the Border Patrol, who have been working around the clock in difficult circumstances to take care of children temporarily in our care.

“Yet, as I have said many times, a Border Patrol facility is no place for a child. We are working in partnership with HHS to address the needs of unaccompanied children, which is made only more difficult given the protocols and restrictions required to protect the public health and the health of the children themselves,” he added.

“Do the Right Thing”

This New Mexico Rancher provides a first-hand view of the terrible border security now taking place. Trump’s border wall construction was stopped right by his property, and now the Rancher feels “terrorized” as heavy traffic flow by illegal immigrants is going right through his ranch.

Hey Joe, now that FEMA’s involved, are you ready to acknowledge this is a crisis?