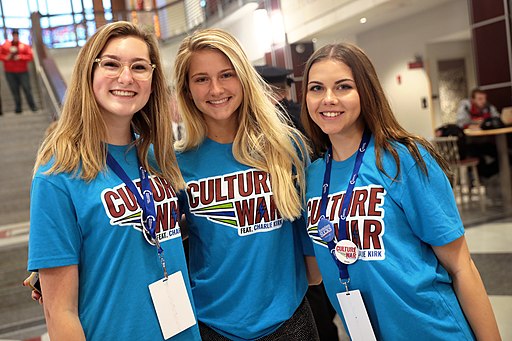 Conservative media is covering stories about CRT, or Critical Race Theory, at an increasing rate.

This is because Critical Race Theory (sometimes simply called Critical Theory) is a growing problem in America.

Critical Race Theory is what’s fueling pretty much every area of social unrest across the country. From the tearing down of statues to riots in major cities to attacks on the nuclear family – CRT is what drives wokeism.

CRT is behind all the latest social theories on gender, race, and colonialism.

These theories are proving to be quite toxic and encouraging racism, property destruction, violence and yes, death.

Even political leaders in a “liberal” country like France consider America’s Critical Race Theory to be a serious threat to the French republic.

However, many Americans are still asleep about CRT.

If you still are not convinced about the seriousness of what CRT is doing to the United States, you must read this woman’s story about her fight with the woke mob.

On Twitter, she is known as “Grace, culture war refugee.” On April 26th, Grace posted a series of tweets sharing her experience as the co-leader of a charity with her husband and how this spreading woke mindset is causing problems for her organization:

Big Shout Out to Not the Bee for posting this important story. They were alerted to Grace’s tweets thanks to this guy:

Please do some research on Critical Race Theory. Btw, CRT is a Marxist philosophy.

That explains the fascist zeal and collectivist mindset of those who “get woke.”