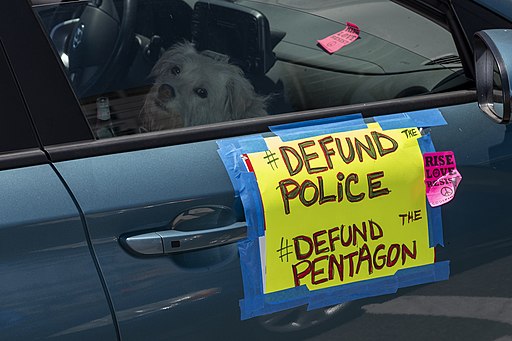 With all the wokeness going on in the mainstream media and corporations, American conservatives can easily feel outnumbered.

If you feel that way – take heart! A new army is forming that plans to strategically push back on the Marxist ‘cancel culture’ crowd.

This new right-of-center group will be giving the “woke left” a “dose of their own medicine,” according to the group’s founder – Mike Davis – a former staffer to the Senate Judiciary Committee under Senator Chuck Grassley, R-Iowa.

Called The Unsilenced Majority, this new grassroots conservative advocacy organization was specifically launched to oppose cancel culture and to “fight back against the woke mob and their enablers.”

Davis also runs a different group called the Article III Project, which “punches back on radical assaults on judicial independence” and began with the mission of supporting Trump-appointed judges. Davis told Fox News that Unsilenced Majority will use a similar approach in fighting against cancel culture.

Davis said that among Unsilenced Majority’s tactics will be getting Americans to contact elected officials, corporations and others who engage in cancel culture and to pressure them to not go that route.

Here is a condensed list of the Unsilenced Majority’s key issues:

Fundamentally, cancel culture is just another term for intolerance and suffocating dissent. The left’s modern political project isn’t about winning the argument. It’s about silencing their political enemies through intimidation, financial ruin and outright censorship.

What differentiates the United States of America from the rest of the world – and what has been key to our peace and prosperity – is the stabilizing force of freedom. If we’re no longer free to congregate, to speak, to worship or to choose what news we read or watch, we’ve lost our freedom and all the benefits that come with it. The Unsilenced Majority promotes peaceful, free and open expression so that left-wing hate and intolerance does not destroy our nation. Cancel culture is perhaps the biggest threat from within that we face as a country. A tolerant, truly free political dialogue is the key to securing American society from irreversible decline.

Over the past several years, we have seen a major rise in people losing their jobs for political activity and publicly shared opinions. Major corporations, universities, and schools have become so hostile to their employees’ inalienable rights that people are afraid to speak for fear of losing their job and ability to make a living. Cancel culture is turning this age-old system of personal progress on its head, poisoning our society, widening our divisions and destroying lives and livelihoods. With the advent of social media and smart phones, every American is one vocalized opinion away from being fired, their life ruined and their reputation left in tatters. Making matters worse, the cancel culture mob is digging up age-old comments, even from people’s teenage years, and weaponizing it to pressure employers’ into firing private citizens.

This vicious, unfair and cruel targeting of private citizens for saying or doing whatever the woke left deems unacceptable is turning neighbor against neighbor in a way that would make Soviet and Chinese Communist Party secret informants blush.  America’s veterans, young professionals, and hard workers of every age shouldn’t have their lives turned upside down by the woke mob. And just as importantly, employers shouldn’t succumb to the woke mob’s pressure. It’s time to dial down the temperature and not punish everyday Americans based on whatever newly contrived standard the woke left feels like inventing. The American worker needs a fighter to defend their integrity and reputation from the woke mob’s cancel culture.

Conservatives have warned for decades of the perils of left-wing fascism on campus. From campus speech codes to student mobs blocking conservative guest speakers to curricula more focused on woke indoctrination than actual learning, campuses across the country are out of control, abandoning their core missions and brainwashing the next generation of leaders. Campuses that foster fragile minds incapable of free thought or open dialogue result in a weaker country incapable of addressing problems logically and in accordance with our founding values.

Conservatives’ concerns about what was happening on campuses across the country were dismissed for years by the mainstream media—and many on the intellectual right who failed to recognize the dangers in letting anti-Americanism fester unanswered. We’re now seeing the result of that failure to act. And it’s not just more student book burnings—it’s Big Tech CEOs silencing their political opponents and censoring speech of which they disprove. Those same left-wing extremists who silenced their peers on campus through intimidation now control the levers of corporate power in America.

The virulent intolerance has now been passed down to our K-12 education system, where students, teachers, and parents are being canceled in their communities for everything from a juvenile remark to opposing the same far-left curricula that has been present in colleges for years. If conservatism—and by extension America—is to survive, we must fight back against campus cancel culture.

There’s no doubt that those on the far left are masters of grassroots organizing. Barack Obama graduated college and became a community organizer. Donald Trump graduated business school and went into real estate development. Left-wing activists take to the street in protest, the rest of America goes to work. This dynamic has left conservatives and even traditional liberals woefully unprepared to fight back against the woke mob on behalf of the majority of Americans who are peacefully living their lives.

The truth is that behind the woke mob is a highly organized, sophisticated network of wealthy individuals who create cancel culture pressure campaigns to influence the largest of American private sector institutions. The result is that corporate America—and all the power and money at its disposal—has functionally become a wing of the radical left and its new prisoner, the Democrat Party. This is devastating to the cause of freedom, liberty and American values. Big Tech, Big Business, Big Media and Big Government are teaming up to tear down this country and rebuild it in the radical left’s image.

It’s time to hold these companies accountable in the only way they understand: their bottom line. Americans must apply equal pressure by hitting them where it hurts so that they pay a price for their corporate wokeism. And patriotic American companies that don’t succumb to the woke mob deserve an army of allies. Conservatives, traditional liberals, and all commonsense Americans deserve to know that their hard-earned money isn’t going to woke corporate causes. Only by eliminating the financial incentive for corporate America to give into cancel culture will we rebalance our democracy in favor of citizens.

Running this group along with Mike Davis is Will Chamberlain as senior counsel, Ian Prior as a spokesman, and Andy Surabian as a senior advisor. The entire team is made up of conservative activists already involved in the cancel culture debate.

Want to get involved? START HERE