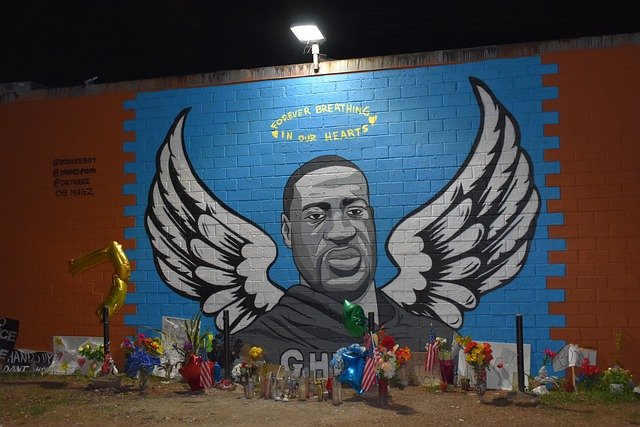 One writer called the whole “woke” movement a cult. As in a religious cult. As in based on its own bizarre theology and ideology and focused on controlling, manipulating, and using its members.

He’s got a point, and if you disagree with that idea right now, read on. You’ll agree with it, too.

A writer going by “Doc Holliday” (yes, like the famous gunslinger) shared a tweet which included a picture of a sign in Minneapolis, Minnesota at “George Floyd Square” which appears to be a memorial area to George Floyd.

On that sign are rules for entering the square. They start off in a fairly uncontroversial way with things like “Enter with reverence, humility, and openness.” It is a memorial, of sorts, after all.

But, then, it gets insane. How? By having specific rules for white people. As if that’s not racist or anything. I’m not kidding. See the tweet and screen shot below.

Here is a screen shot in case Twitter decides to ban truthful reporting like this in the future:

Whether you find the specific directions for white folks problematic, just the fact that there are directions specifically for white people is, in itself, racist. And the idea that it’s okay to be racist while considering yourself to be unracist by acting racist is some twisted pseudo-logic.

That’s the kind of warped thinking that comes from living in an information bubble like a cult. In this case, a cult of wokeness.

What do you think? Is wokeness a cult, or do you have a better description? Share your thoughts below.