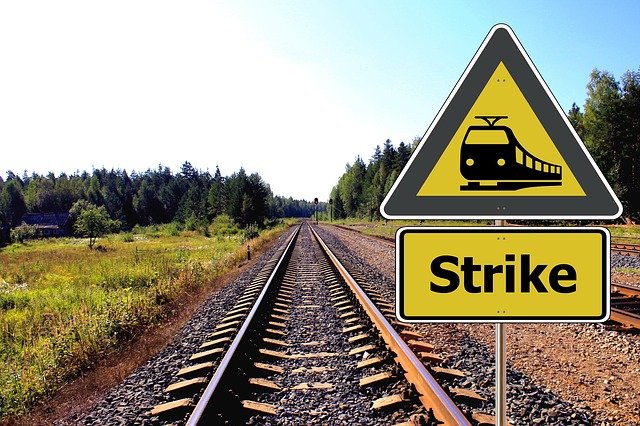 With everything else horrible that the Biden / Harris administration has already pushed to put into place in their first three months in office, you may not have heard about the PRO Act, but it could become one of the biggest stories of this entire administration because of how it will effect the majority of working Americans. Whether they like it or not.

For those unfamiliar with the PRO Act, the name stands for Protecting the Right to Organize Act, and, if it passes the Senate, it will do crazy things like allow employees to unionize a business if only two employees (yes, two) want to unionize, but no one else does. Also, if those two employees unionize, the employer would be forced to negotiate with the union, and every employee would be forced to pay toward the union for that negotiation even if they voted against unionization and don’t join the union.

Yes, it would give unions a virtual stranglehold on American labor. Scary. Mark Tapscott writes,

Under current law, the National Labor Relations Board (NLRB) could order a new election [about unionizing Amazon] if the RWDSU files an unfair labor practices charge against Amazon concerning the election.

But under the Protecting the Right to Organize Act (PRO) that passed the House with vigorous support from President Joe Biden and is now before the Senate, the NLRB could unilaterally set the election results aside and impose the union on the Amazon employees regardless of how they voted.

The House voted March 9 for the proposal, with 220 Democrats and five Republicans in favor of it and 205 Republicans and one Democrat opposed.

The PRO Act vastly expands the power of the NLRB to use its regulatory authority to reinforce organized labor’s efforts to expand its membership after decades of decline. It also would nullify the 27 state Right-to-Work laws presently on the books and enable unions to collect mandatory dues payments from employees who don’t wish to join a trade organization.

Only 6.3 percent of all private-sector workers were union members as of 2020, compared to 18 percent in 1985, according to Department of Labor data.

Referring to the prospect of an NLRB-mandated revote in an April 22 analysis, Capital Research Center Research Director Michael Watson weighed in on the potential impact of the PRO Act.

“This maneuver spotlights one of the worst provisions of the [PRO Act], the massive expansion of union coercive power endorsed by the Biden administration and sitting before the Senate as of writing,” he wrote.

Let’s be clear here: even if you support unionization, you should oppose the PRO Act because it forces workers to pay for what they don’t want.

Anywhere else in society, we call that extortion, and this bill gives extortion power to unions over every business which has employees by, essentially, preventing those businesses from working out labor issues with their employees without union intervention.

And it gives power to unions to take money from non-union employees, too. We call that theft in any other parts of society.

My point here is not to argue for or against unions in America. But let me say clearly: The PRO Act would be criminal and needs to be voted down.

Am I overreacting about this bill? Tell me below.