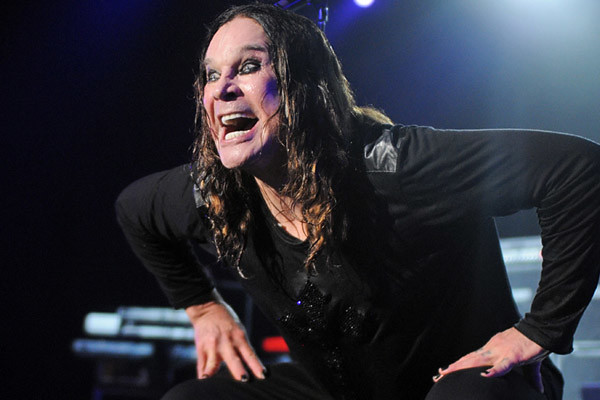 Sharon Osbourne opened about her and husband Ozzy’s recent experience as victims of credit card fraud.
On Tuesday’s episode of “The Talk,” the 68-year-old TV personality revealed someone had stolen and maxed out their credit cards on Monday. Osbourne made the revelation during a segment about Conan O’Brien’s recent burglary experience, which she called “so wrong.”
“It’s my (daughter) Kelly’s birthday today. I went out last night to pick up her gift,” she said. “I give my credit card and they come back and say, ‘Do you have another credit card? It didn’t go through.’ I said, ‘Just try it again, put it through again.’ Still didn’t go through. … I hand them Ozzy’s.'”
After multiple attempts to use either of the credit cards, she said her credit card company informed her that both were “maxed out.”​
“Someone rang up charges and maxed out Ozzy’s card and my card. I called through to the credit card company and they go, ‘No, no, no, you’re maxed out, so is Ozzy.’ I’m like, ‘I don’t go to that store, or to that store.’ ” KEEP READING