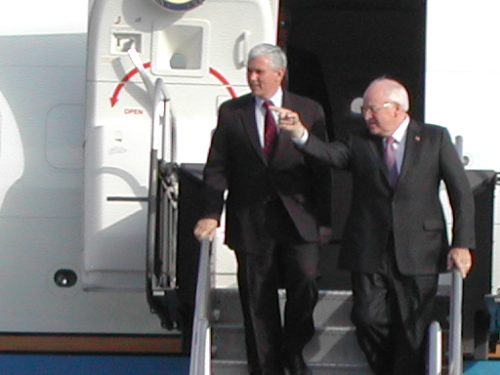 Former Vice President Mike Pence appeared to be a strong ally to President Trump at first.

Through the majority of Trump’s first (and only) term (so far), Pence exhibited strong loyalties to Trump, following his lead and championing America First.

But as we all know, things went south between the two men after the Nov. 3 election.

Today, many experts speculate that the chances of Mike Pence rejoining Donald Trump as the VP in a 2024 race are slim to none.

Pence’s actions also indicate he has no plans to team back up with Trump.

In fact, Pence’s actions appear to show his intentions are to run for President without Trump.

Mike Pence will headline a Republican Party dinner fundraiser in Manchester, New Hampshire on June 3 in yet another sign he is gearing up for a 2024 presidential run.

The Hillsborough County GOP’s annual Lincoln Reagan fundraiser and dinner boasts Pence as the main event. Regular tickets are $100 per person or guests can buy a VIP reception ticket for $250, which includes a photo with the former vice president.

The location of the event is not insignificant as New Hampshire has for the last century held the first primary race for the White House after Iowa hosts its caucuses.

Pence has been dropping clues about his ambitions since his term as VP ended. For example, instead of returning to his home state of Indiana, the Governor and his wife Karen Pence moved to a Virginia suburb on the outskirts of Washington D.C.

Pence also joined the conservative Heritage Foundation as a visiting fellow while doing a lot of speaking and editorial writing.

Interestingly, Pence’s strategy is to talk positively about his past work with the Trump Administration. He is not bashing Trump at all.

Meanwhile, President Trump has been highly critical of Mike Pence since leaving office.

We still don’t know if Donald Trump will indeed run for President again in 2024.

If he does, it appears Mike Pence will be a competitor, not a co-pilot.