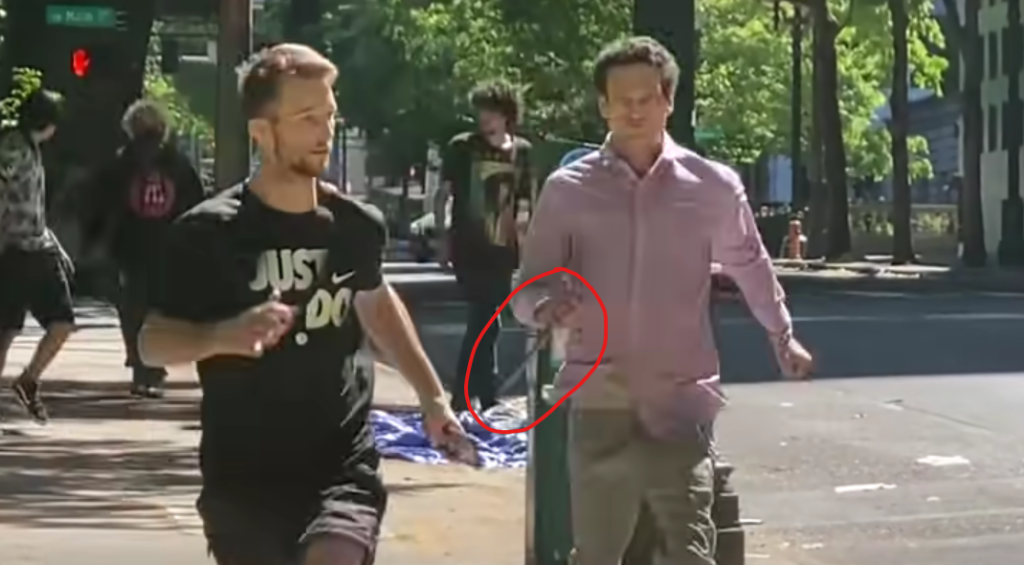 Portland has gone insane. Trump’s election pushed liberals completely over the edge. Though, they were never really fully sane to begin with.

After begging for the police to be defunded, Portland has been dealing with some pretty crazy stuff. A new video shows exactly why we need police in the streets in the first place.

A man runs away from another man armed with a giant knife. They run across intersections with multiple people filming. No one tries to help at all. If this was a decent city, someone would have pulled out their sidearm and put a stop to this.

After the victims gets into his car, the other man uses his knife to break the window and begins kicking the car. It’s absolutely insane. It’s just plain anarchy.

Where are the cops during all this? Well, they spent most of last year being physically attacked by rioters. Then, the Democrat governor reduced the police budget by millions of dollars.

The Portland City Council has passed the 2020-21 budget 3-1, after failing to pass it last week. Included in the budget are plans to cut at least $15 million from the police bureau, eliminating 84 positions.

As anyone with half a brain knew, this is what happens when you take away police resources. It’s almost as if Democrats WANT this to happen in American cities. Oh wait, that actually is true.

If the left succeeds with convincing more Dem governors to defund our protections, we’ll see this all over America. They’ll all be begging to move into the red states once they see out how badly that works out.