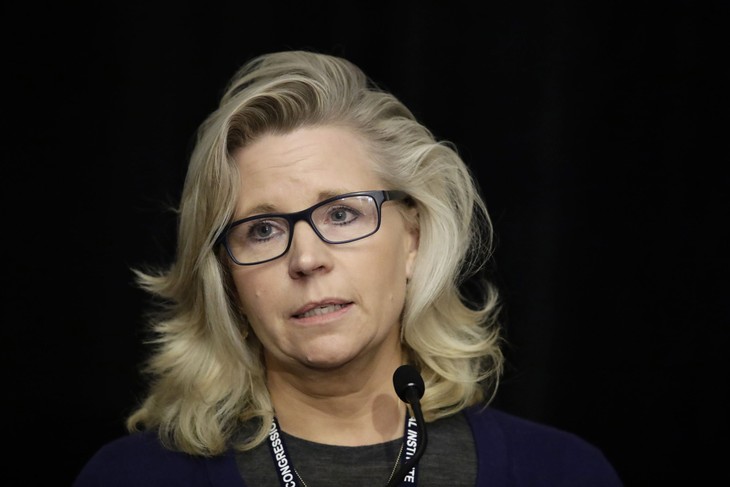 A RINO in Congress recently tried to prove to Republicans that she’s “one of them.” But the way she did it – and what she said – totally proved otherwise.

Rep. Liz Cheney (RINO-WY) is in political trouble, after she was criticized by House leaders for her anti-Trump and Establishment-type opinions. There will be a vote soon on whether she remains House Conference Chair.

This appeal was a last-ditch effort to prove her ‘party cred’ and why she should retain her leadership position.

But she did it in a really weird way. Her op-ed piece doubled down on the anti-Trump narratives and rhetoric.

And she had it published in the biggest liberal rag in DC: The Washington Post.

How politically tone-deaf can you be?

She said that President Trump had no right to challenge the rigged 2020 election. And the false liberal narrative that he ‘incited violence’ with his words on January 6th in the Capitol:

“In public statements again this week, former president Donald Trump has repeated his claims that the 2020 election was a fraud and was stolen. His message: I am still the rightful president, and President Biden is illegitimate. Trump repeats these words now with full knowledge that exactly this type of language provoked violence on Jan. 6.

“And, as the Justice Department and multiple federal judges have suggested, there is good reason to believe that Trump’s language can provoke violence again.”

Great job, Liz. Way to smear the most popular Republican in America today.

“The question before us now is whether we will join Trump’s crusade to delegitimize and undo the legal outcome of the 2020 election, with all the consequences that might have. I have worked overseas in nations where changes in leadership come only with violence, where democracy takes hold only until the next violent upheaval.

“America is exceptional because our constitutional system guards against that. At the heart of our republic is a commitment to the peaceful transfer of power among political rivals in accordance with law. President Ronald Reagan described this as our American “miracle.”

Wow. She slams Trump then invokes Reagan’s name. Nice try to cover your backside, but no.

And Liberal Liz finishes with this:

“Finally, we Republicans need to stand for genuinely conservative principles, and steer away from the dangerous and anti-democratic Trump cult of personality. In our hearts, we are devoted to the American miracle.

“We believe in the rule of law, in limited government, in a strong national defense, and in prosperity and opportunity brought by low taxes and fiscally conservative policies.“

After reading this, I think Liz Cheney’s odds to retain her House leadership position went from slim… to just about none.

She already has a primary opponent for the 2022 mid-term election. Wyoming voters realize that Dick Cheney’s daughter is similar to her Dad: A Bush-type, Establishment RINO.

And now, so do most conservatives across the country.

Give us your takes in the comments section below.