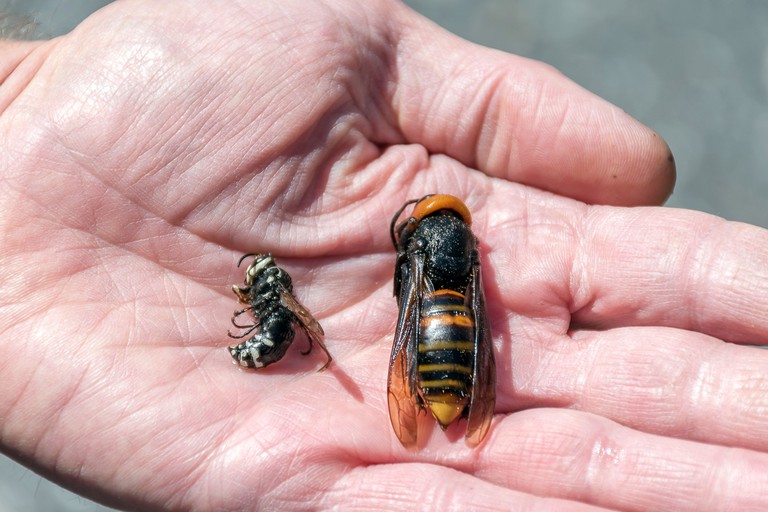 The first nest of Asian giant hornets found in the US has successfully been destroyed by scientists.
The nest, in the state of Washington, was found by putting tracker devices on the hornets and it was sucked out of a tree using a vacuum hose.
The invasive species insects, known as “murder hornets”, have a powerful sting and can spit venom.
They target honeybees, which pollinate crops, and can destroy a colony in just a matter of hours.
The nest in Washington was found when entomologists, scientists that study insects, used dental floss to tie tracking devices to three hornets.
The nest of around 200 insects was then discovered in the city of Blaine close to the Canadian border.
On Saturday, a crew of scientists wearing protective suits vacuumed the insects from the tree, which will now be cut down to remove any further nests. KEEP READING