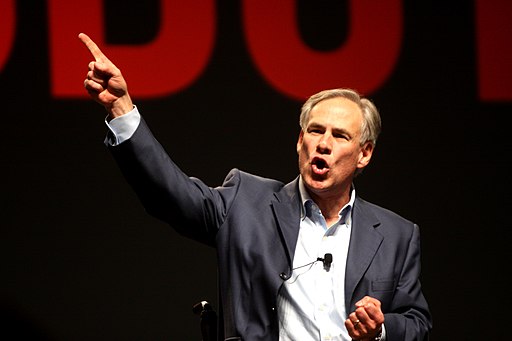 Every time a Republican bows down to the Left, it comes back to bite them.

Take Texas Governor Greg Abbott, for instance. He posts this video two nights ago on Twitter, where he’s sitting with a couple of Texas legislators, and he tells us that he is fighting “anti-Semitic platforms”, and goes so far as to slander a popular platform that is fighting for conservatives free speech rights. Take a listen:

Gab, one of the few social platforms to respect the 1st Amendment, fired back at Abbott with a statement, blasting the Governor using solid evidence that his video was nothing more than a weak attempt to look “woke.”

Every month 30 million people use Gab’s services to get access to the free flow of information online. Gab is the home of free speech in a world where Big Tech oligarchs have censored, deplatformed, and demonized tens of millions of good, honest, and decent people with whom they disagree with.

Tonight Texas Governor Greg Abbott, a “Republican,” issued a despicable and false statement smearing Gab as an anti-Semitic platform that quote “has no place in Texas.” This is the same Gov. Abbott who just five days ago said he was “taking a stand against Big Tech censorship.”

Gov. Abbott’s statement will likely not sit well with the nearly 800,000 Texans who have visited Gab.com in the past 24 hours alone. What is even more strange is that the Texas GOP itself is on Gabe with a verified account.

Gab is not an “anti-Semitic” platform. We protect the political speech of all Americans, regardless of viewpoint, because in this age of cancel culture nobody else will. That means unpopular viewpoints may be found on the site.

…. There are many Jewish Gab users and customers, whose lawful speech we protect with just as much zeal as we would protect the lawful speech of any person of any faith, ethnicity, or creed.

This is what America used to be like: a place where The People could speak freely regardless of their faith, ethnic background, or beliefs. This is the America Gab is fighting to preserve.

What makes this truly embarrassing for Governor Abbott is the fact that the Republican Party of Texas has an account on Gab, and they announced yesterday the account will remain active.

How funny is that?!

Of course, Gab had to tweet about the Texas GOP staying on Gab:

Fortunately, the Republican Party of Texas is chaired by one of the Tea Party’s finest leaders: former congressman Col. Allen West. He has proven to be a Republican that freedom loving conservatives can depend on.

Unlike Greg Abbott, who is turning out to be another RINO.