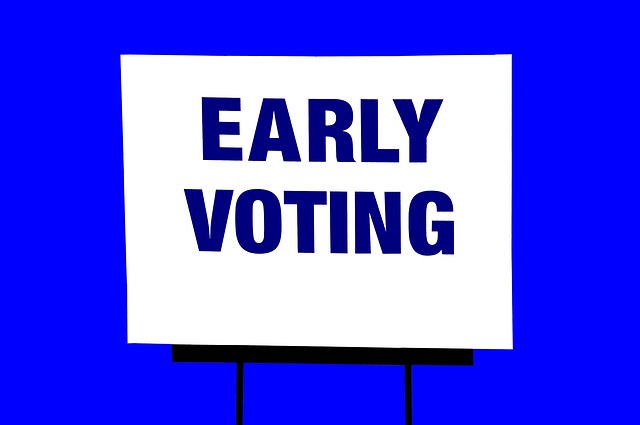 You may have heard about House Resolution 1 / Senate Resolution 1 from this year’s (2021) legislative session of Congress. People concerned about election fraud are, understandably, concerned about H.R. 1 / S.R. 1 because, if passed and signed into law (and Biden has indicated that he supports it), existing election laws would, essentially, be gutted, and the door for open election fraud would be thrown wide open nationwide. And before you ask, yes, election fraud even worse than what was alleged to have happened in November.

It would be a disaster for our country.

Now, the aspects that most people have heard about regarding H.R. 1 /S.R. 1 have to do with barring the requirement to provide identification in order to vote and with universal automatic voter registration (yes, really). What you may not have about is how H.R.1 / S.R. 1 would also, for all intents and purposes, do away with election day so that it would be nearly impossible to tell who actually won an election from anything normal, like, you know, counting the number of real votes. Ken Blackwell writes,

H.R. 1/S.1 cancels Election Day in requiring that states provide at least 10 days after Election Day for mail ballots to roll in for normal counting. Even worse, states can add even more time if they so choose. Georgia can add two business days. Pennsylvania could heap two more weeks. The extensions beyond the federal minimum do not have to be uniform under the proposed bills.

[The concern over losing election day] is not just about nostalgia. When you elongate the voting process over weeks and months, you make it harder to monitor the process. Imbalances in manpower between candidates and parties are amplified. It becomes impossible to adequately observe the election, unlike Election Day when volunteers armed with clipboards monitor and report problems. Few campaigns or candidates have the manpower to be at early voting sites for 40 days and then monitor mail ballot processing for an additional ten.

And, again, from Blackwell:

H.R.1/S.1 would nullify established state election laws and deadlines governing mail ballots. A majority of states including Arizona, Florida, Georgia, Michigan, and New Hampshire require that absentee ballots be received by Election Day in order for them to be regularly counted. Even the universal vote-by-mail paragons of Oregon and Colorado fall into this category.

Blackwell also notes that the extension of the voting time period would make elections more expensive for states. In other words, H.R. 1 / S.R. 1 would be an indirect tax on all Americans. Thanks, Democrats, for looking out of us.

The fact of the matter is that H.R. 1 / S.R. 1 is just an excuse to abuse Americans and to set up a situation in which anyone in politics with any honesty and integrity would have almost no chance to win because the other team can cheat their way to victory. This legislation needs to be stopped.