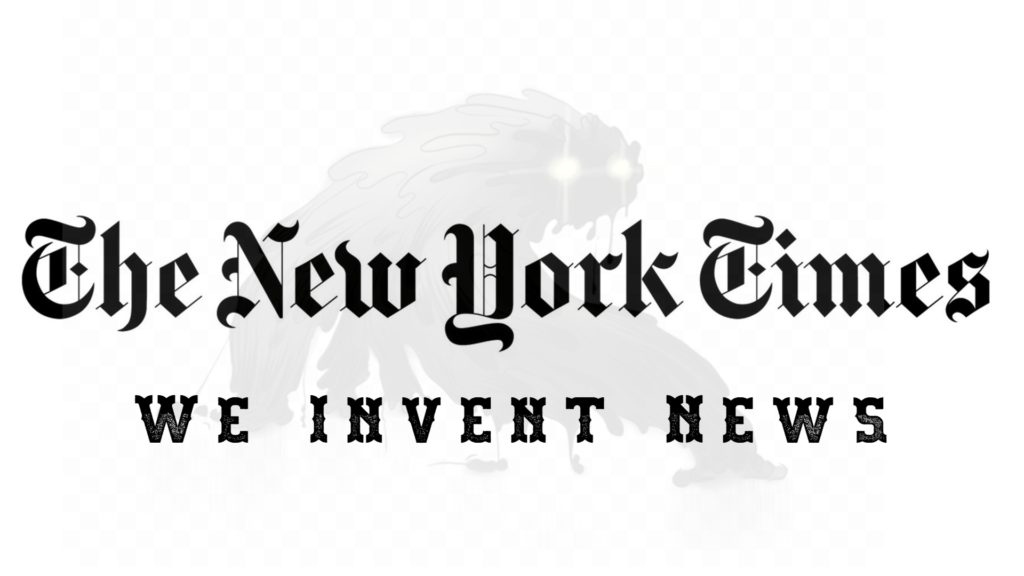 Back in 1897, Adolph S. Ochs, the owner of The New York Times, coined the famous phrase: “All the News That’s Fit to Print.” He wrote the slogan to declare the newspaper’s intention to report the news impartially.

But today, it’s turned into a liberal propaganda outlet. And doesn’t try to hide its left-wing bias.

Here’s an example from last year, from ToreSays.com:

In June and July 2020, the Times ran an often-repeated story. That Russia had offered the Taliban a bounty to kill US troops. Only problem was — this story wasn’t true.

It was during an election year, designed to hurt President Trump’s chances at re-election. This story was so bad and false, even liberal blogsite the Daily Beast called BS:

Democrats ran with the election-time story. Then-candidate Biden called it a “horrifying revelation” if true. The senior Democrat on the Senate Foreign Affairs Committee, Robert Menendez (D-NJ), introduced a measure to sanction Russia for the alleged bounties. Congressional Democrats claimed to have been insufficiently briefed on the account, which the Trump White House called a “hoax,” and suggested there was a cover-up underway.

When Trump himself denied being briefed on the story, House intelligence committee chairman Adam Schiff (D-CA) remarked, “Is this an issue where they cannot tell the president things he doesn’t want to hear when it comes to Vladimir Putin and Russia?”

As usual, Trump was right and the liberal media was wrong. Not just on this story, but many others.

This is one more example of why Americans can’t trust the left-wing media. They’re no longer ‘mainstream,’ and they don’t even try to report the news.

If the Times keeps this up, it will continue to lose readers and trust. And may not be in business another 100 years.