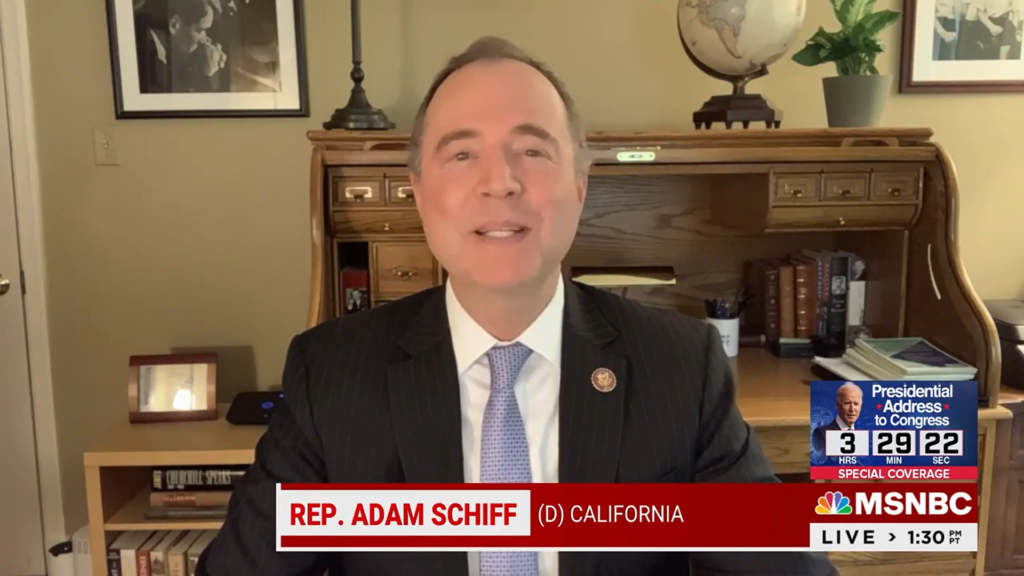 California Democrat Rep. Adam Schiff is well-known for being a radical leftist, and his views of Trump supporters align perfectly with that background.

Here’s what he had to say:

Schiff said, “We ought to be able to find common ground that the predominant terrorism threat facing the country right now is a domestic threat. The predominant part of that domestic threat is white national threat. That has international, transnational links as well. We can’t ignore that because of a political sensitivity that some of the folks are part of the Trump base. So I hope we can find common ground. We need to make sure we protect the country.”

What he means is that we need to protect the country from Trump supporters.

Needless to say, he gave no evidence.

You can watch the full clip here, and see what you think of it.

What’s clear is that Schiff will go for interviews with liberal journalists who won’t ask him tough questions, but will let him make all sorts of nasty remarks about conservatives.

In this case, he’s insulting the 74 million Americans who voted for Donald Trump.

But he makes no mention of BLM or Antifa, who have done most, if not all, of the violence on the streets in the past 12 months.

Maybe, just maybe, it’s because they all vote Democrat!