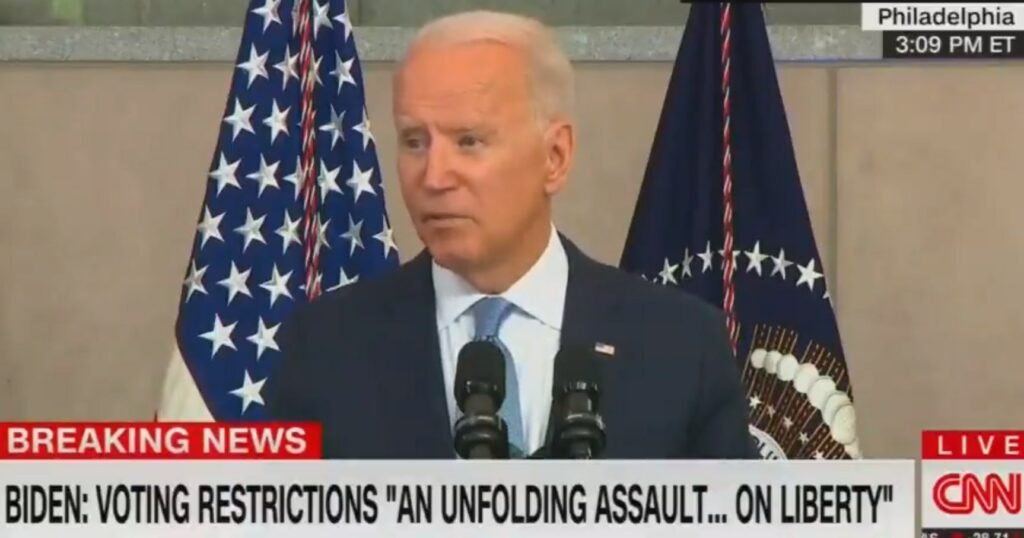 For a president who said that “Unity is the path forward” in his inauguration speech, Biden sure as hell does a lot to promote division.

Biden gave a speech in Philadelphia on Tuesday and basically said that Trump supporters are worse than slave-owners.

You can hear his exact words in the video below:

Most of the time, the insults for the majority of America that didn’t vote for him are subtle. The speech in Philadelphia wasn’t one of those times.

Perhaps it was the reason he was in Philadelphia in the first place that gave him the jolt.

He was there because Doug Mastriano (PA Senator) initiated full forensic audits in a number of Philadelphia counties.

Biden is terrified over the idea of a forensic audit so he delivered the most dishonest and divisive speech yet on Tuesday.

Joe Biden lashed out at Republican-led legislatures for passing voter integrity laws and painted his opponents as terrorists.

I only wish that Biden had the strength to conduct our foreign affairs with 10% of the audacity he has when he talks about Trump supporters.