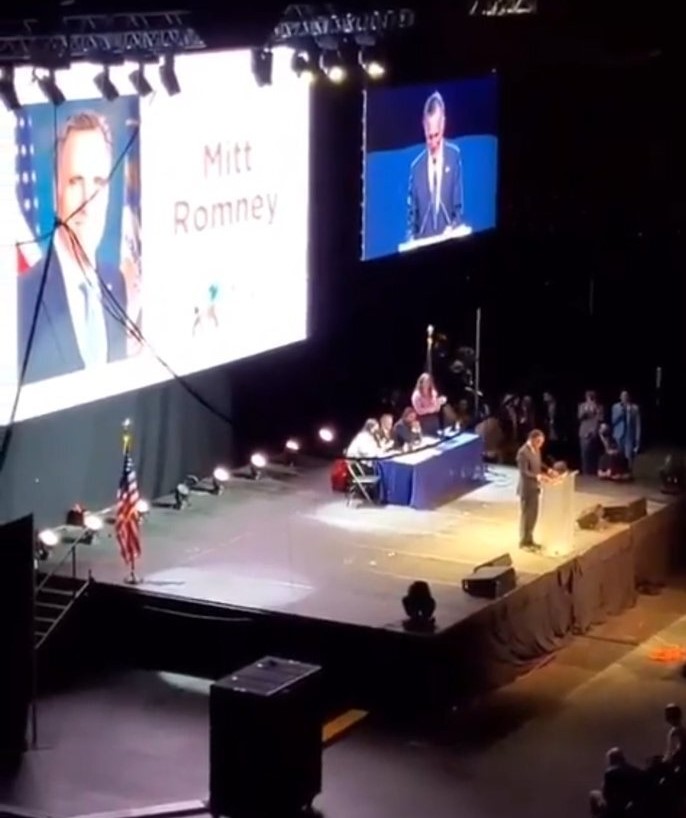 Mitt Romney hasn’t done himself any favors among Trump supporters.

He voted to impeach President Trump in both the first and second impeachment trials.

And now his lack of support among the Republican base is clearly showing.

Sen. Mitt Romney (R-UT) was loudly booed and heckled by delegates during a speech at the Utah Republican Convention held in West Valley City. The chairman of the Utah GOP, Derek Brown, intervened to try to calm the crowd. They kept on heckling.

Here’s a video clip of the reception Romney received:

Romney then had this insulting response for the audience:

“Aren’t you embarrassed?” said Romney trying to deflect the chorus of catcalls that greeted him as he took the stage.

“I’m a man who says what he means, and you know I was not a fan of our last president’s character issues,” said Romney as delegates attempted to shout him down.

Even when Trump supporters call him out, Romney still won’t admit what President Trump achieved for America and its people.

He’ll just sneer at the Republican voter base, which is exactly what you can expect from a RINO.